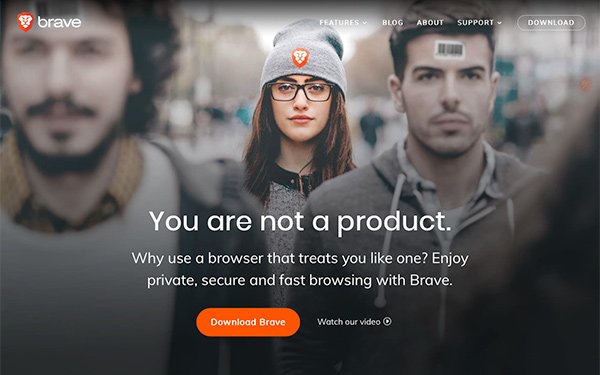 Today, Brave announced a new blockchain-based solution to connect consumers with more than 250,000 brands through a partnership with rewards platform TAP Network.

TAP Network is home to brands like Paramount Pictures and Red Bull, connecting them through its permission data and rewards technology.

They include hotel stays, restaurant vouchers, entertainment experiences and gift cards from outlets like Amazon, Starbucks and Apple hosted by brand partners through TAP Network.

Users can also contribute to charitable causes, such as Habitat for Humanity, the Red Cross and the World Wildlife Fund with their BAT.

“Both the user and the advertiser lose in today’s digital advertising landscape, and with regulations like GDPR looming all over the world, this broken ecosystem simply cannot continue as we know it,” said Brendan Eich, CEO-cofounder, Brave Software. He added that since both Brave and TAP Network are built completely on privacy, brands can connect ethically with new audiences.

“Consumer data is being misused by major internet companies and TAP Network empowers consumers to directly take control of their own data and get rewarded from top brands,” stated Lin Dai, co-founder and CEO of TAP Network.

Brave reports it will make the new option available on its mobile platforms by the end of 2019.

The company also is working on new partnerships with ad networks and brands like BuySellAds, AirSwap, Fluidity, ConsenSys and Uphold that it hopes to add to its Brave Ads catalog inventory.

Earlier this month, Brave Software, in collaboration with Never Stop Marketing Research, unveiled the BlockChain MarTech Landscape, which showed an uptick in blockchain-based solutions for marketers of 1218% in just 18 months.