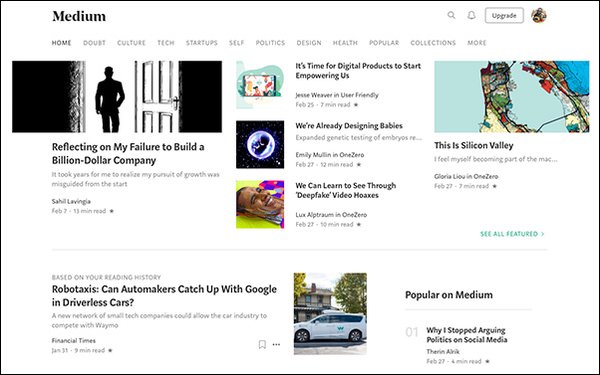 Readers who come to Medium via Twitter will no longer hit a metered paywall.

Medium CEO and Twitter cofounder Ev Williams made the announcement on Wednesday. He noted Medium partners that contribute blog posts to the site will continue to get compensated from paying Medium members.

The idea: The more people able to access content on Medium via clicks from Twitter increases the potential of converting casual readers into members, who pay $5 a month or $50 a year to fund Medium’s content creators.

However, some Medium partners responded to Williams’ announcement on Twitter with worry. Would offering more content for free mean less incentive to become a paying member?

“As it stands, Twitter is a relatively small (but important) part of our traffic, and we expect this to have a positive effect,” Williams responded. “As before, compensation via Partner Program is determined by readership from paying members. This shouldn't affect that.”

In 2017, Medium decided to move away from an ad-based business model and shift to a subscription model. It laid off 50 employees, about one-third of its staff, and ended Promoted Stories, its branded-content business.

The decision wa s met with resistance from some publications. Pacific Standard and The Ringer both left the platform just a month after the announcement, followed by Backchannel, The Awl, The Billfold and The Hairpin.

Last week, Williams stepped down from Twitter’s board after 12 years.

“I'm going to ride off into the sunset (or...down Market Street), so I can focus on some other things,” he noted on Twitter at the time.