Social Robot Jibo Tells Owners Of Its Own Demise 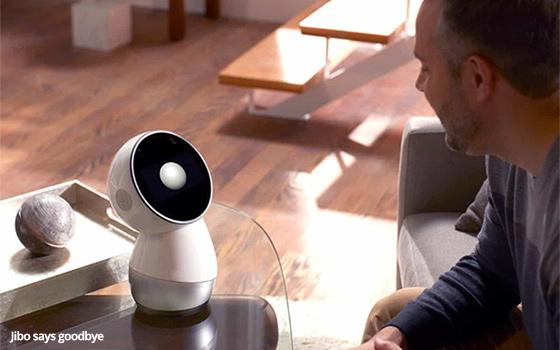 Sometimes in the Internet of Things, the death of a product can be long-lived.

For example, when Microsoft discontinued its fitness tracker the Microsoft Band a couple of years ago, the thing would keep working, since Microsoft continued support for those customers. That essentially meant the back-end connectivity for the devices would keep them going.

That eventually came to an end last week when Microsoft decided it was time to call it quits and announced it would end support for the tracker at the end of May. After that time, resetting the device will essentially turn it into a wrist band that does nothing.

Owners of Jibo, the cute $899 social robot founded in 2012 that was featured on Time Magazine’s cover as one of the best inventions of the year, are now going the way of the Microsoft Band.

What was left of the company after it raised -- and presumably spent -- more than $70 million, was sold off last year, although the devices kept working thanks to back-end connectivity and support.

A video on the Jibo Facebook page now has the devices telling their owners: ‘Well, it’s not great news. The servers out there that let me do what I do are going to be turned off soon. Once that happens, our interactions with each other are going to be limited. You can learn more at Jibo.com.”

I checked the update page, but no additional information is added there.

Jibo, whose concept originated at MIT, was a friendly robot with personality. The challenge was to compete in a connected world of Amazon Echo and Google Home devices, backed by massive organizations and resources.

Ironically, over time, such devices may become more like the moving Jibo. Except for the going-out-of-business part.