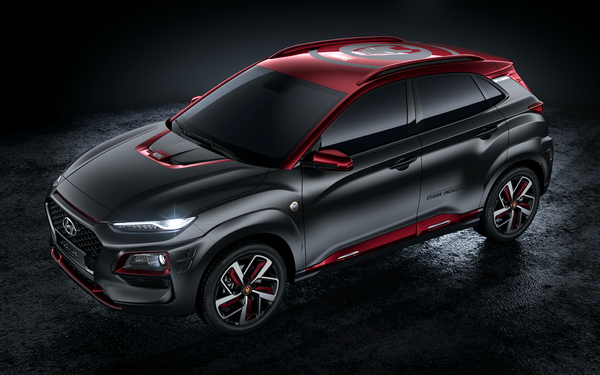 Hyundai Motor America is showing its support of the LGBTQ community as the exclusive automotive sponsor of a film festival occurring now in Los Angeles.

The partnership with the Outfest Fusion People of Color Film Festival includes a wide range of activations where attendees will have the opportunity to experience Hyundai’s newest models throughout the March 1-5 festival.

Opening and closing nights will feature a “Drive Equality”-wrapped Hyundai Tucson and a Hyundai Kona on display, targeting the millennial audience, as well as product specialists, photo opportunities, and co-branded giveaways.

For the screening days, Hyundai will be represented by pre-show logo inclusion and 30-second spot screenings provided by Outfest. The Outfest Fusion activations are managed by Advantage.

The films and TV shows that screen at Fusion showcase the stories of LGBTQ communities of color, including African, African American, Asian and Latinx perspectives.

In other entertainment-related news from the automaker, the first units of the Kona Iron Man Edition are due in dealerships this spring. Hyundai first announced the vehicle in July and is still teasing it on a consumer-facing microsite.

There is a “synergy” between the fun and adventurous nature of the Kona and the playful yet bold character of Iron Man/Tony Stark, says Hyundai Motor America CMO Dean Evans.