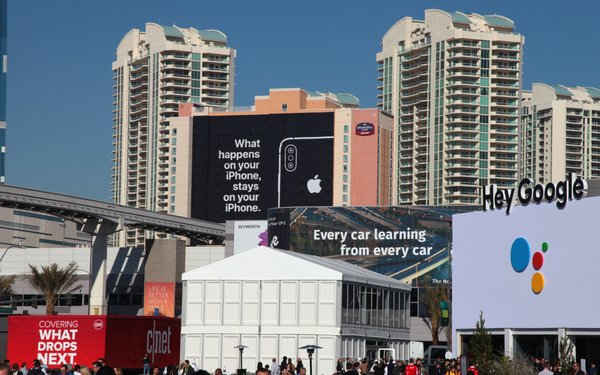 U.S. out-of-home advertising posted the strongest growth in the fourth quarter in over 10 years — with sharply rising digital billboards revenue.

The Out of Home Advertising Association of America (OAAA) says U.S. spending grew 7.2% in the fourth quarter compared to 2017 -- the greatest quarterly growth since before the Great Recession of 2008.

For the 2018 year as a whole, OOH advertising was up 4.5%, totaling $8 billion. The OAAA now says there have been 35 consecutive quarters of growth.

In 2018, Apple was the biggest out-of-home spender, with around 25% of the top 100 spenders being technology brands.

Stephen Freitas, CMO for OAAA, stated that much of the increase comes from growing return on investment and key attribution research metrics for marketers.