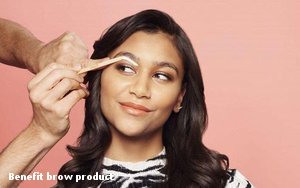 Planned Parenthood may be under constant attack from the White House and conservatives in Congress, but it has plenty of friends in the glamorous beauty business. The reproductive healthcare provider says Benefit Cosmetics and MAC Cosmetics are joining it to help raise funds and awareness, especially among younger consumers.

MAC, owned by Estee Lauder, has long been devoted to fighting HIV/AIDS and other infections that impact women, people of color and the LGBTQ community, the company says.

It is making a $500,000 commitment to Planned Parenthood over the next two years.

Benefit is steering 100% of its brow wax proceeds from its annual the Bold Is Beautiful Project to Planned Parenthood. Since the project started back in 2015, it’s raised over $16 million for causes that benefit women and girls.

Additionally, the San Francisco-based company plans to offer a special-edition Bold Is Beautiful 3D BROWtones, with all proceeds going to its nonprofit partnerships, including Planned Parenthood.

For beauty brands, this kind of commitment that makes sense. Planned Parenthood cites research from Greenwald & Associates that finds 72% of U.S. consumers say that brand values are important to them when making purchases. And 81% say women’s reproductive health decisions are a major concern, with 54% saying they are extremely or very important. Among millennials, those numbers rise to 90% and 69%.

But for the threatened Planned Parenthood, every source of funding is becoming increasingly important. Conservatives have yet to achieve a complete defunding of Planned Parenthood, which has provided healthcare to one in five women in the U.S., including abortions.

The president recently signed the so-called “gag rule,” which prohibits organizations from accepting Title X funds if they refer patients for abortions. The rule change would shift millions in funding away from Planned Parenthood and toward religiously based anti-abortion providers. So far, 21 states have filed lawsuits to block the administration’s changes.

In the past, Planned Parenthood has partnered with Warner Bros., the WNBA, Tumblr, OkCupid and the Council of Fashion Designers.