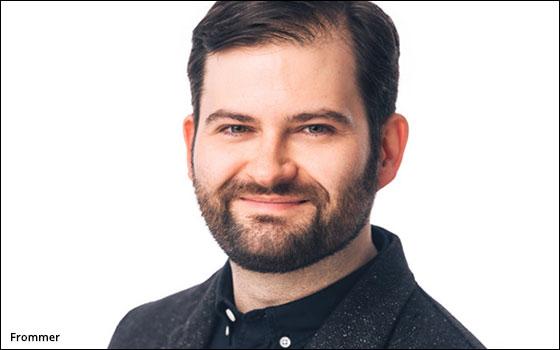 Dan Frommer, the former editor-in-chief of Recode, has unveiled an independent digital media brand called The New Consumer, as well as a subscription-based newsletter.

After leaving Recode around the same time the tech news site was folded into Vox.com last November, Frommer created the site to cover “how and why people spend their time and money,” he announced on Twitter yesterday.

Called the "Executive Briefing," members will pay $200 annually to access the twice-weekly newsletter, which will begin publishing next week, starting on Tuesday, March 26. Articles available for free will publish every week or so, but most content will be behind the paywall for members.

“I’ll focus on the most interesting companies, people, products, and trends, highlighting what’s working (and what isn’t!) and why things are changing," Frommer explained.

The first feature from The New Consumer is about Great Jones, “the cookware startup that had the launch of a lifetime last fall.” It looks at "how its founders plan to keep people interested now that it’s no longer the shiny new thing.”

Readers who join before May will have their membership extended through the end of April 2020, Frommer added.

He told CNN’s Brian Stelter in an email: "I am eager to stay the heck away from the online ad market and build a direct relationship with my professional readers."

Frommer added on The New Consumer’s landing page: “I’m also doing this because I believe independent, member-supported publishing is the best and most interesting place to be in the media business. You have plenty of options for robotic, commodity news.”

Recode’s traffic was down 50% year-on-year when it was folded into its sister site, to 1.4 million viewers in September 2018. Recode, which was acquired by Vox Media in 2015, continues to exist as a brand and business.

Vox Media, which also owns Eater, Curbed and Recode. will introduce its own paid membership model later this year, with different tiers, according to its CEO, Jim Bankoff.

Vox will be the first site to launch memberships, followed by The Verge and SB Nation.