Is Government Intervention The Solution To Fake News? 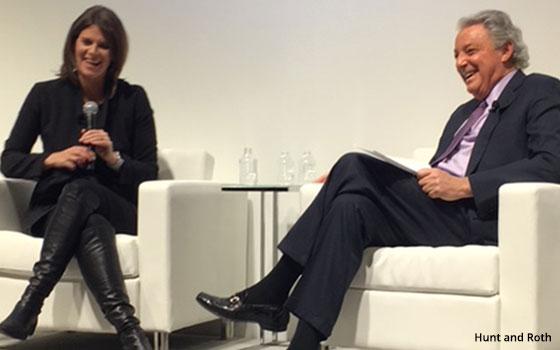 While IPG CEO Michael Roth often takes center stage to share his thoughts about the state of the industry, during his appearance at Monday morning’s 4As Decision 20/20 Forum in Washington he was as much interviewer as interviewee in a one-on-one with NBC’s Kasie Hunt.

Roth asked Hunt whether Trump will win in 2020 with Hunt hedging that it could happen, but questions his declining favorability among women.

"The reality is an election is a competition of personalities," says Hunt. And the simple truth is that Donald Trump is a compelling personality, as was Bush and Obama, she says. Many voters don't even know the name of their local representative, she added. Ultimately the 2020 race will be a race between two personalities.

Roth predicted polarization among Americans and their political views, which he believes favors the incumbent. Voters don't care about the Mueller report, they care about getting adequate healthcare, he says.

Roth goes on to say that the Democrats may be "shooting themselves in the foot" with 14 potential candidates. They better quickly find out who they’ll rally behind, he said. Hunt adds that it’s hard to remember when there was not a strong Democratic front-runner. "It is easier to be an incumbent than challenger, but there is not a clear answer on who they want to pick," says Hunt. She speculates the race could go in two ways, an early front-runner or a nasty splintered fight that lasts through the Democratic convention. "Two weeks is a lifetime in politics, so two years is a lifetime."

"I don't like the term fake news, I prefer false news," says Hunt, adding that most readers aren't aware that any news outlets called out by Trump have and will continue to have stringent journalistic standards and guidelines for vetting stories. "Those standards don't apply to what you pick up on social media," says Hunt. The solution, she says, is that Congress is going to have to grapple with this problem.

Roth agrees that the government has to get involved when it comes to monitoring news content, "but we know how well they handle regulations,” he says. Sometimes he wishes he could go back to the older days when he turned on the TV and had just a couple of trusted news sources.