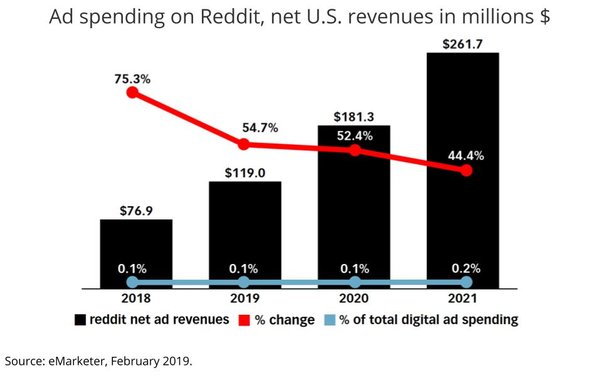 Reddit, the news and info sharing site that is wildly popular among Millennials, may finally be making inroads on Madison Avenue. New estimates released today by the digital statsmasters at eMarketer forecast Reddit will top the $100 million mark in advertising sales this year.

While that’s a fraction of the ad budgets that go to the other big digital media platforms the ad industry seems enamored with, it's a sign that advertisers and media buyers are finally recognizing what users -- especially younger ones -- have known for years: that Reddit is a major player.

“[Reddit] has retooled its ad offerings over the past year, which included the launch of new ad formats like autoplay in-stream video, cost-per-click, app install and ‘Top Post Takeover,’ which allows brands to have their ads appear on the site’s front page,” explains eMarketer Forecasting Director Monica Peart.

While she notes that some marketers are still on the sidelines with respect to Reddit as an ad medium, eMarketer projects it’s ad sales will more than double in the next two years to $261.7 million in 2021.

Even then, it will have a minuscule 0.2% share of digital ad spending, despite being one of the most distributed and popular platforms among highly desirable users.

“Reddit’s users are tech savvy and highly engaged, making them attractive to advertisers,” Peart notes, adding. “A large portion are unique users, meaning they don’t use other social platforms. That means advertisers have the potential to reach new audiences in a highly targeted way.” 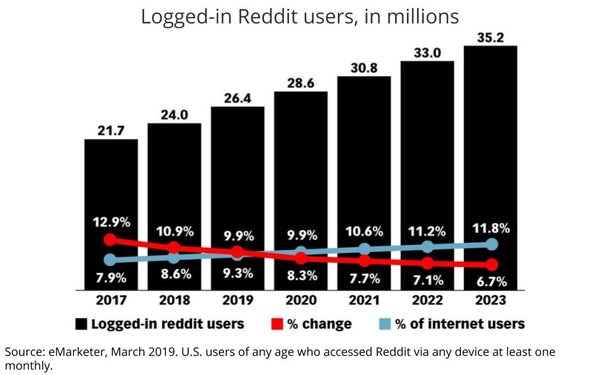