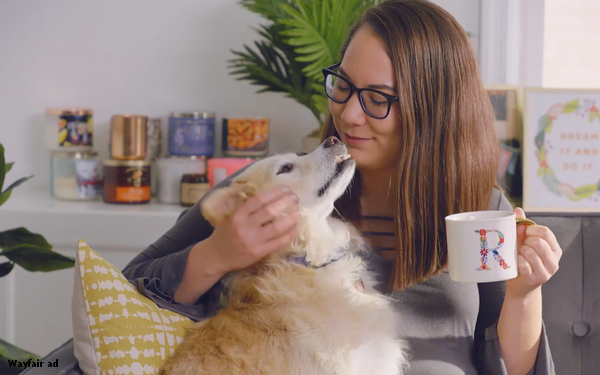 As more 21st century direct-to-consumer brands are looking for their next level of growth, some surprising research finds one of the most effective ways to boost sales and awareness is straight out of the 1950s: using combinations of radio and TV.

D2C brands like Wayfair, Casper and Third Love have been making a well-documented stampede to TV, with the Video Advertising Agency reporting that category spend soared to $2 billion in 2018.

But a new study, from Cumulus Media and LeadsRx, an attribution company, finds that injecting radio into the marketing mix is also highly effective. The combination of TV and AM/FM radio generated about twice the lift for these brands as ads running on Facebook and Google, causing a 40% increase in site visits, says AJ Brown, CEO of LeadsRx. That compares to a 17% lift for Google or Facebook.

Brown tells Marketing Daily that research stemmed from a LeadsRx client, a high-end men’s clothing manufacturer that only sold through the internet. “It found that when it added radio, people became buyers faster and spent more money than those that came from the digital side. That was a shocker to me, and we wanted to learn more.”

Suzanne Grimes, executive vice president of marketing for Cumulus Media and president of audio network Westwood One, says the findings are especially important now, as so many D2C brands struggle to reach new levels of brand awareness.

“Brands say they can only grow so far with digital,” she notes, adding that mass awareness often calls for some mass media, especially as D2C companies try and court customers outside their natural pockets of millennials.

Grimes’ favorite example is employment site Indeed, which recently skyrocketed to the top of weekly spend for radio advertisers. “That spot is almost always held by Geico, with the occasional exception of the Home Depot,” she says. “For a company to come out of nowhere like that is a big deal.”

But while Indeed’s awareness was solid in the 18-to-34 segment, radio is helping gain share-of-mind with the 34-to-64-year-olds who still make most hiring decisions.

Women are an especially important target, since women 35 to 64 are the most willing to spend on D2C categories. “Women are where the money is,” says Pierre Bouvard, chief insights officer at Cumulus. “They are making so many buying decisions. And you just can’t reach them all with Google and Facebook. You need TV and radio.”

Podcasts are also in the D2C mix, with those companies making up two-thirds of podcast advertisers.