In A First, AT&T's Logo Will Be On All WNBA Uniforms This Season 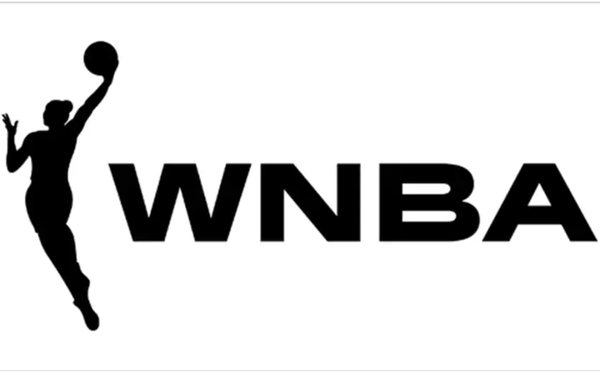 AT&T and the Women’s National Basketball Association (WNBA) have a new multiyear partnership beginning this season. The telecom is the first non-apparel brand partner to have its logo placed on the jersey fronts of all 12 league teams.

Simultaneously and separately, the WNBA unveiled a new logo.

The jerseys will make their debut during the WNBA draft that begins Wednesday.

During the season AT&T will have a presence on WNBA.com, its app and social channels, and broadcast partners ESPN and NBA TV.  It also gets on-court logo treatment, signage and “unique activation opportunities” for the WNBA All-Star game this season.

The WNBA deal is apparently part of a larger marketing partnership between the NBA and AT&T that started in February with the NBA’s All-Star game. The wireless company replaced its rival, Verizon.

The official announcement plays up AT&T’s commitment to women’s issues.  “As part of the partnership, AT&T and the WNBA will collaborate on programming to support women in sports.”

However, for the last year, WNBA athletes have been angrily vocal about the pay disparity between their players and the men in the NBA.

They aren’t arguing for the same pay. The men’s league is larger and far more financially successful than the newer women’s version.

But the NBA, by contractual agreement with the players union, splits 50% of its total revenue with players.  The WNBA, without that feature in its union contract, only gives its players about 20%, by best estimates.  (The top WNBA player makes about $116,000 a year. The starting pay for a  NBA referee is reportedly $150,000.)

Last November, WNBA players voted to opt out of their collective bargaining agreement after the 2019 season, in large part to argue for a new contract that would remedy the the salary inequality.

The statement announcing the AT&T/WNBA deal says, “This collaboration is ideal given the WNBA's embrace and celebration of what makes it exceptional -- the power, optimism, and dimension of the women of the WNBA -- and how AT&T proactively takes action to support diversity and foster inclusion.

"One of the nation’s first women’s employee resource groups started at AT&T 40 years ago. In 2018, AT&T met its goal to remove gender bias from its advertising and content... two years ahead of the goal set by the ANA [Association of National Advertisers].”

Added Fiona Carter, AT&T chief brand officer  “Together, we can create ways for basketball fans and for AT&T customers to engage in the causes and communities important to the WNBA and to AT&T. Whether it’s women in sports, supporting small businesses like those owned by WNBA players, being a leading voice in LGBTQ rights, or giving back to communities in which we operate, we have much in common and many opportunities to empower these incredible athletes and their fans.”