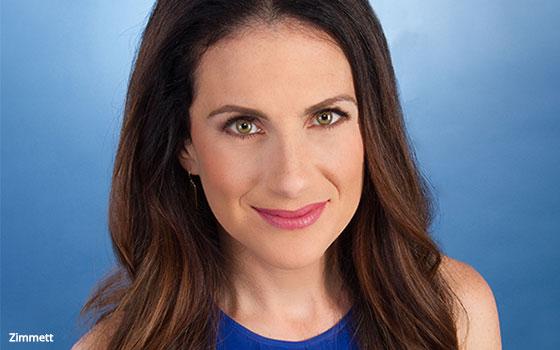 She is also charged with aiding the launch of The Weather Channel en Español.

Previously, as senior vice president of content, she handled production for two TWC shows: “AMHQ” and “Weather Center Live.” During her tenure, viewing rose 31% year-over-year in 2018, with over 5,000 hours of live TV.

Cablefax named her one of the most powerful women in TV.

In addition, The Weather Channel television network just got a boost from the 2019 Harris Poll EquiTrend.

Its brand health is stellar — named TV news brand of the year — for the ninth consecutive year. The survey comprised nearly 2,000 brands across 150+ categories. It was rated most trusted and loved among TV News brands included in the study.

The findings are based on opinions from over 45,000 U.S. consumers ages 15+ surveyed online in January 2019. Tom O'Brien, Weather Channel president, said the ranking highlighted the “phenomenal work” the team does daily.

The Weather Channel, owned by Entertainment Studios, is also famed for its storm news; it was nominated for an Emmy for its coverage of Hurricane Harvey.