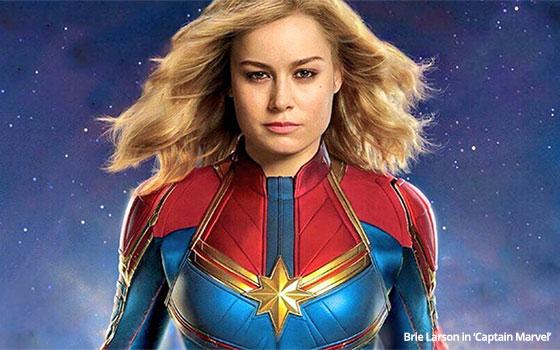 After its strong 2018 -- with U.S. box-office revenue up over 7% versus a year before -- this year has hit some massive double-digit percentage declines.

In the first quarter, revenues were down 16% to $2.8 billion, according to Box Office Mojo. Tickets sold (attendance) dropped 19% to 254 million, per B.Riley FBR and other industry data.

The decline in box-office revenue follows movie studio marketing. Three months into 2019, U.S. theatrical film spending on national TV is well under levels of a year ago -- down 18% to $489.4 million, according to iSpot.tv.

For the most recent week, Warner Bros.' “Shazam!” posted top U.S. box-office revenue of $25.1 million, according to Box Office Mojo. For the year-to-date, Walt Disney’s “Captain Marvel”
has seen the best overall U.S. results, at $386.6 million.

U.S. box-office revenue in the second quarter will be up from last year’s period -- but just barely, at 2.4%.

The second quarter of 2018 witnessed a strong 24% rise. A year ago, “Black Panther,” which ended the year as the biggest grossing movie of 2018, with $700 million in box-office revenue, debuted February 16.