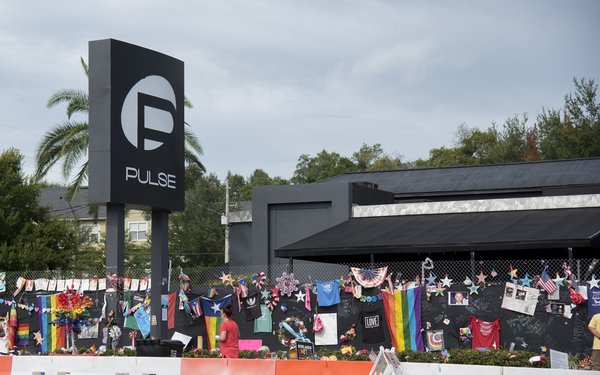 An federal appellate court has refused to revive a lawsuit that sought to hold Google, Twitter and Facebook responsible for the mass shooting by Omar Mateen at the Pulse nightclub in Orlando, Florida.

“We sympathize with plaintiffs -- they suffered through one of the worst terrorist attacks in American history,” a three-judge panel of the 6th Circuit Court of Appeals said in a ruling issued this week. “But the absence of Mateen and the inability to hold ISIS responsible cannot create liability elsewhere.”

The lawsuit stemmed from a June 2016 attack by Mateen, who killed 49 people and injured 53. Mateen claimed to be an "Islamic soldier" in phone calls he made to the police, but the CIA found no direct connection between the shooter and ISIS.

The victims alleged in their complaint that Mateen carried out the attacks after he "was radicalized by ISIS’ use of social media."

U.S. District Court Judge David Lawson in Detroit dismissed the case last year, ruling that the victims had not shown that the tech companies were responsible for the shooting. This week, the 6th Circuit upheld that decision.

The appellate judges ruled that even if the companies provided platforms to ISIS, doing so didn't make them liable for Mateen's acts.

“Plaintiffs’ only allegation that connects Mateen and defendants is that, at some point before the Pulse Night Club shooting, Mateen viewed online content from ISIS and became 'self-radicalized.'” the judges wrote. “But this is a tenuous connection at best....The content did not compel Mateen’s actions.”

At the same time, the judges left open the possibility that an online platform could be liable for a terrorist attack in a case with different facts.

“To be sure, this does not mean that defendants could never proximately cause a terrorist attack through their social media platforms,” they wrote. “But plaintiffs allege no facts connecting defendants to Mateen or the Pulse Night Club shooting.”

Facebook, Twitter and Google have been sued numerous times over allegations they facilitate terrorism. So far, the companies have defeated at least 10 of those lawsuits.