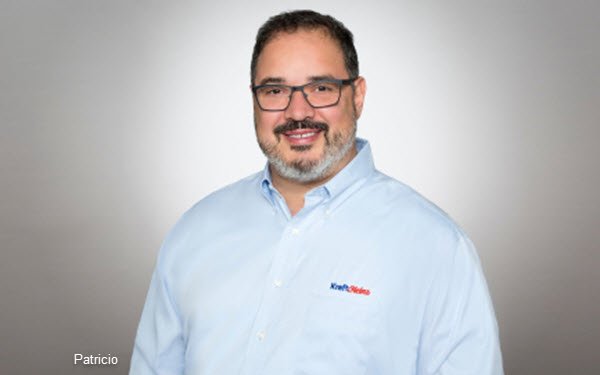 The past week was an eventful — and notably positive — one for large CPGs, with troubled Kraft Heinz announcing a change at the top and PepsiCo, Unilever and Nestle all reporting strong first-quarter results. And marketing was a key factor in most of these developments.

Kraft Heinz’s announced replacement of CEO Bernardo Hees with Miguel Patricio (shown), a two-decade veteran of Anheuser-Busch InBev, as of July 1, was a bit surprising only because there had been no public talk of succession.

But otherwise, a changing of the guard seemed inevitable, after the company dropped multiple bombshells in February — revealing an SEC investigation of its accounting practices, taking a $15.4-billion write-down on its Kraft and Oscar Mayer brands, and slashing its dividend by 36%, on top of higher-than-expected costs and a loss of $12.6 billion in Q4.

“We are not surprised by the management change, given the disappointing earnings exiting 2018, weak 2019 outlook, dividend cut, SEC investigation and massive impairment charge,” summed up Stifel Nicolaus & Co. analyst Christopher Growe, in a note to investors cited by Bloomberg.

While Growe doesn’t believe the leadership change can improve the company’s outlook for the current year, Credit Suisse analysts described it as “a good sign for investors, because it demonstrates that the company is very serious about pivoting its priorities toward growth rather than just cost cutting.”

Investors seemed to concur, sending Kraft Heinz’s shares, which are down nearly 50% since the merger, and about 20% year-to-date, up by more than 2% in trading after the announcement.

Hees is synonymous with the now-fallen-from-grace, zero-based cost budgeting model of 3G Capital. He led the Brazilian PE firm’s 2013 buyout, with Warren Buffet’s Berkshire Hathaway, of H.J. Heinz and its 2015 merger with Kraft, as well as engineered the acquisition of Burger King and its 2014 merger with Tim Hortons. He served as CEO of Heinz for two years prior to his four years in the same role at Kraft Heinz.

Patricio describes himself as bringing “fresh eyes,” as well as a “very different profile” than Hees. With his long career at AB InBev — itself the result of a 2008 merger orchestrated by 3G’s founders (who still own about a quarter of its shares) — Patricio isn’t unfamiliar with 3G’s cost-control orientation. But he’s been quick to disavow any affiliation with 3G.

Instead, he’s stressed that, with years at Philip Morris, Coca-Cola and Johnson & Johnson prior to AB InBev — where he served as global chief marketing officer from 2012 through 2018 — he brings consumer goods and marketing experience that Hees lacked.

After $1.7 billion in cost slashing — with R&D, trade spending, marketing budgets and quite a few experienced CPG marketers among the casualties — Kraft Heinz “needs to rebuild the foundations in R&D and consumer insights that made it one of the best CPG marketers to work for in years past,” assessed the Credit Suisse analysts, as noted by CNBC. “Patricio comes to Kraft Heinz with a private equity ‘3G perspective,’ but we think he will have a mandate to pursue these objectives.”

Although not yet citing any specific plans, Patricio did emphasize that he views his core missions as making Kraft Heinz consumer-driven, with focus on brand-building, greater agility and organic growth. Shrugging off a lack of food background, he declared that “consumer goods are consumer goods,” adding: “Where there is transformation, there is opportunity.”

Kraft Heinz pointed out that, at AB InBev, Patricio’s marketing savvy drove high-single-digits worldwide organic sales growth for Corona, Budweiser and Stella Artois, with those brands representing more than a third of AB InBev’s total organic growth and 20% of its total revenues in 2018. The release also stressed that AB InBev was among the most-awarded companies at Cannes Lions in 2018.

Under Hees, Kraft Heinz had been pondering possible sales of lagging brands like Maxwell House and Breakstone’s. Patricio is for now demurring about his thoughts on possible sales, but has singled out the Heinz ketchup and Philadelphia cream cheese brands as among those with particularly strong potential for continuing growth.

It’s also unknown whether Patricio might again eye acquisitions.  The company is $3 billion in debt, but some trace the origins of its current fix to its failed $143 takeover bid for Unilever in 2017, under Hees.

“Without an acquisition that would have allowed the signature cost-cutting to continue, the spotlight turned to the company’s struggle to grow sales with a portfolio of brands that is considered out-of-step with modern tastes, particularly in the U.S.,” starting a share decline that has now wiped out more than $70 billion in value, according to Bloomberg.

Meanwhile, PepsiCo seems increasingly to offer an example of how to light a fire under a lagging legacy CPG giant.

Naysayers have had to temper their skepticism somewhat in the wake of the company’s Q1 report. Its overall rate of organic sales growth rose to 5.2% — its highest in more than three years. And while international growth was, as usual, key (up as much as 10% in some regions), North America was the bigger headline.

The North American beverages unit, which was in negative territory for four quarters through Q2 2018, saw its third successive quarter of organic growth (up 2% and 2.5%), and Frito-Lay North America, a consistent bright spot, did better than ever: Organic sales jumped 6% (including a 3% lift for Lay’s).

The Pepsi beverages portfolio saw 3% overall growth in the U.S. That was driven by a 29% leap in sales of Pepsi Zero Sugar, the success of Bubly sparkling water, a more favorable pricing mix, increased investment in distribution, and a double-digit hike in advertising and marketing to support the launches (including a Super Bowl spot for Bubly).

“We’re seeing an improvement in how we’re competing,” CFO Hugh Johnston told Yahoo News. “We have strong balanced growth across the portfolio.’

But new (as of October) CEO Ramon Laguarta isn’t getting overconfident. Given that N.A. beverages volumes have continued to stagnate (-2% in Q1), and PepsiCo’s expectation that snacks sales can’t maintain the quarter’s exceptional growth rate, Laguarta did not up the company’s full-year outlook.

Finally, speaking of Unilever, that global behemoth saw sales rise 3.1% in Q1 (also exceeding analyst predictions). In this case, ecommerce and cutting-edge tech in marketing and other disciplines are among a constellation of innovative growth drivers -- initiatives that deserve more exploration in another column. Stay tuned.