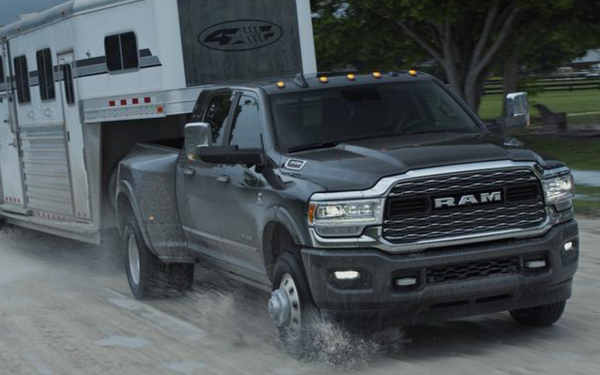 Four videos use the classic song “Go Your Own Way” and feature both light-duty and heavy-duty trucks. The song is “a perfect anthem for those who are carving their own path to bigger things,” states FCA CMO Olivier Francois, which is the theme of the campaign, “On to Bigger Things.”

Two of four videos, “Everything” and “Bigger,” debut today on television and will air during the NBC broadcast of the Kentucky Derby on Saturday. The campaign, which willl include digital and Ram brand social media channels, is set to run through the end of the year.  it will run in priority lifestyle placements that include live sporting and NASCAR events as well as the Country Music Awards.

The pickup truck segment is playing an increasingly important role in the industry, and particularly to Fiat Chrysler, because of the huge profits it produces, says Michelle Krebs, executive analyst for Autotrader.

To the chagrin of General Motors, Ram outsold rival Chevrolet Silverado in the first quarter, though both trucks are fairly new. FCA sold nearly 50,000 Ram 1500s last month, taking advantage of GM ramping up production of its new trucks and of Ford’s F-150 nearing the end of its current life before the new one arrives, she adds.

“Ram is clearly shooting for leadership in the marketplace in terms of sales and in critical acclaim for the 1500, and its new campaign speaks to that eye on leadership,” Krebs tells Marketing Daily.

Fletcher is a two-time Derby winner and is competing for a third win on Saturday. Lovett-Woodsum competes at the top level of her sport as she continues to shatter gender stereotypes and Mueller has traveled all over the world sharing the art of smoking meat and its power to bring people together.

The “Everything” spot follows Pletcher, Lovett-Woodsum and Mueller as they use their Ram trucks. The 30-second spot “Bigger” highlights the Ram 3500's towing capability, focusing specifically on Pletcher and his life on the ranch. This spot reinforces Ram’s position as the “Official Truck of the Kentucky Derby.”

Additional individual spots featuring Lovett-Woodsum and Mueller will follow in the coming weeks.