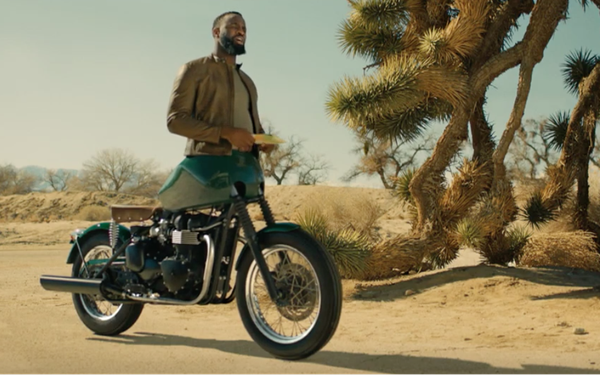 Consumers continue to love Flo (she’s not the maid!) because Progressive knows how to mix it up with other characters, according to CMO Jeff Charney. The insurance company is introducing “Motaur,” who is half man and half motorcycle, in a campaign breaking today.

Riders don’t just “like” their bike — they eat, sleep and breathe motorcycles. The campaign is a “powerful” interpretation of the relationship motorcyclists have with their bikes, Charney says.

“Motaur not only represents the newest addition to our Progressive ‘network’ of characters but also celebrates the true self-confidence shared among the close-knit motorcycle rider community,” Charney tells Marketing Daily. “It’s disruptive in all the right ways: in its quietness, its stark cinematography, its subtle and unexpected humor, and its universally relatable truth.”

The campaign, from Arnold Worldwide, features a character with character — a visual symbol of someone who would be at their happiest if their bike were an extension of themselves and they were constantly on the road. The Motaur is Progressive’s heroic, modern-day take on the Centaur.

Motaur is portrayed by Terrence Terrell, recent Daytime Emmy nominee who's slated to play LeBron James in the upcoming movie, “All Star Weekend.” Terrell takes a serious but tongue-in-cheek tone in the humorous commercials.

“We continue to out-create the category by introducing unique characters and story arcs that resonate with consumers and leave them wanting more,” Charney says.

Three spots will run on TV as part of Progressive’s national cable buy: 30-second “Wishes,” 30-second “Do You Mind” and 15-second “Told You.”