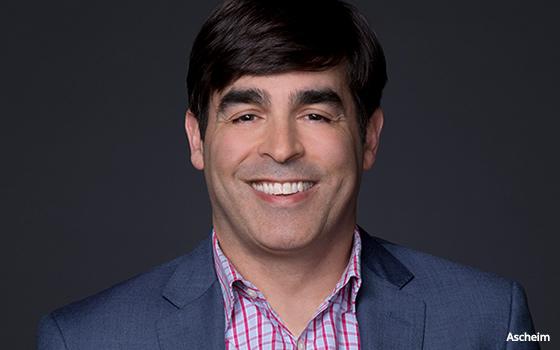 The head of NBC News Digital, Nick Ascheim, will work on digital and product development more broadly at NBCU and NBC News Group.

According to a note to staff from NBC News Group chairman Andy Lack, Ascheim “will be moving into a role working to improve digital performance across the NBC News Group and continue to partner with the NBCUniversal Digital Enterprises team.”

More details about the new post will unfold over the coming months, Lack added.

“Our digital team must now live more deeply within NBC News organizationally, rather than alongside it,” he wrote.

Since joining NBC News Digital four years ago, Ascheim led the redesign and relaunch of the site’s digital portfolio in 2017, launching dedicated verticals to topics like media, health and wellness, tech and opinion.

Ascheim was key in the upcoming launch of NBC News Now, the company’s streaming news product.

Chris Berend will join NBC News in July to take over a number of Ascheim’s previous responsibilities, as executive vice president of NBC News Digital.

Berend has also worked at Bloomberg Media, ESPN and Esquire. He will report to Noah Oppenheim, president of NBC News.

The next step in NBC News’ digital efforts is furthering the goal “of always putting ‘story first’ while fully integrating our television, digital video and text journalism into one unified structure within NBC News,” Lack wrote.

He added: “It’s a mind-set and a cultural shift, but one we are uniquely capable of achieving.”