Just months after the loss of one big retail media partner -- Walmart -- another is weighing an acquisition of WPP’s Triad Retail Media unit.

The move comes as Walmart will hold its own meetings with big brand marketers and their agencies in New York City this week to discuss new retail advertising deals, and signifies tremendous churn and change in the retail media marketplace, where a third retailer -- Amazon.com -- has emerged as the biggest supplier of retail media, and the third-largest supplier of digital advertising altogether.

While retail media is not new -- big retailers have always leveraged their leverage to distribute and display branded products to get “co-op advertising” budgets from brand marketers -- the business has grown exponentially since the days of printed circulars and rudimentary forms of in-store media.

Amid this evolution, Triad has emerged as key intermediary representing retailers and brands, and was acquired by WPP for about $300 million in 2016.

WPP reportedly has grown sour on the investment, especially since Walmart broke from Triad and brought its retail media sales in-house earlier this year.

Both Walmart and Target held their own presentations during the digital media NewFronts during the pre-upfront media-buying season this year, and Walmart’s meetings in New York this week are intended to strike new relationships to build its retail media presence.

A spokesperson for WPP's GroupM unit, which includes Triad, said there was no comment, but according to The Wall Street Journal’s report, WPP is undergoing its own reorganization with an eye toward paring down its positions in or selling off some non-strategic assets. 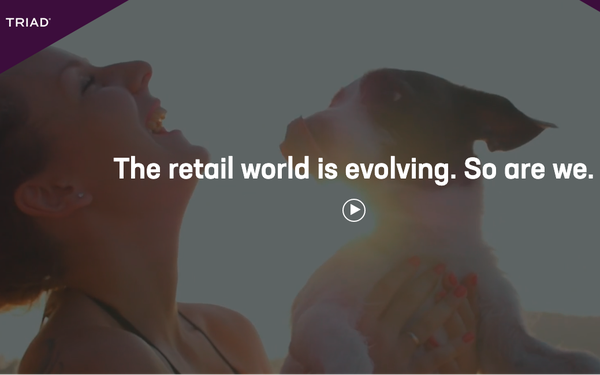