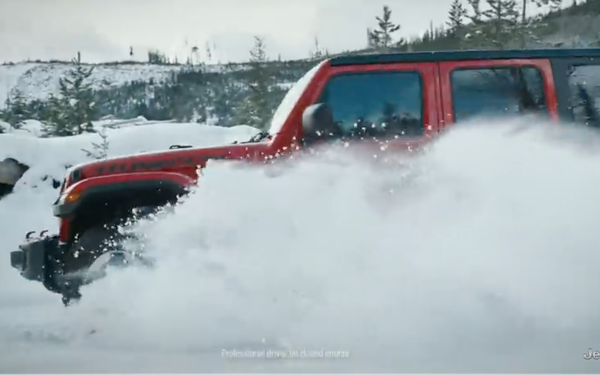 A Jeep video that launched online will debut on TV in an appropriate context.

The spot, "More Than Just Words," featuring music from OneRepublic, will air during the premiere of NBC’s "Songland" on May 28. It launched online as part of Fiat Chrysler Automobiles’  “Big Game Blitz” campaign in the lead-up to Super Bowl 2019.

“Songland” features Ryan Tedder, lead singer of OneRepublic and a four-time Grammy Award-winning songwriter and producer, as one of the show’s producer-mentors.

The two-minute video shattered FCA’s online record with over 106 million views, beyond the estimated viewership of the game telecast.

The spot, from Richards Group, is a visual narration of the "The Star-Spangled Banner," with images splashing across the screen representing the song's lyrics.

“Music allows us to build upon the strength and identity of each of our brands by giving each a voice, and OneRepublic has long played a huge role in the success of Jeep brand's advertising campaigns,” states Francois. “In advance of NBC’s highly anticipated new series ‘Songland,’ we wanted to support both the series and Ryan in his new endeavors by presenting a first-ever television airing of 'More Than Just Words' to run during the show's premiere this Tuesday night.”

The 11-episode “Songland” gives a peek into the creative process of songwriting and provides one talented winner per episode with the opportunity to have their song recorded and released worldwide by chart-topping artists. .