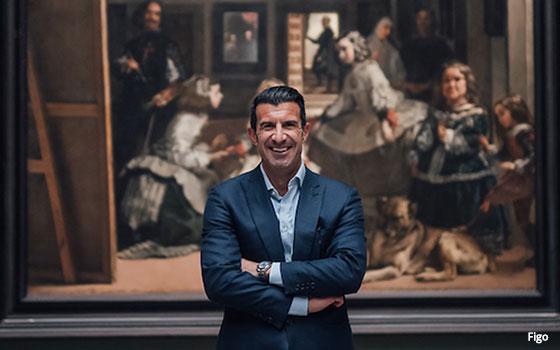 The Players’ Tribune has teamed up with Brand Expedia to create 11 short documentaries with well-known UEFA soccer players in a new series called “Travel Like a Champion.”

In each episode, players will revisit their favorite UEFA Champions League memories, in the cities they took place. Athletes will take audiences to European cities and show them the sights through their personal lens.

Brand Expedia, known for its travel sites like Expedia, Travelocity and Orbitz, is a sponsor of the UEFA Champions League, an annual club soccer competition organized by the Union of European Football Associations.

“Madrid Like a Champion,” the first video from the series, follows Real Madrid soccer player Luis Figo to some of his favorite spots in the Spanish capital.

The episode will be available on The Players' Tribune on May 30, leading up to this year’s UEFA Champions League Final between Tottenham and Liverpool on June 1.

The Players’ Tribune is the site founded by MLB player Derek Jeter, featuring editorial from athletes. Over 1,800 athletes have contributed to the platform through long- and short-form stories, video series and audio.

The site has previously partnered with brands like Hyundai and Tyson Foods on athlete-driven video series.

The “Travel Like a Champion" episodes will run across the next two seasons of the UEFA Champions League. Other cities featured include Munich, Milan and Manchester.

The 'Champion' series “will encourage fans to explore and discover these cities on the recommendation of some of the biggest names in the game,” stated Anthony Hogg, vice president of commercial EMEA, The Players’ Tribune.

“Our goal is to give fans a firsthand look at experiences that they can participate in for themselves ...” stated Aaron Price, senior vice president-global head of marketing at Brand Expedia.