The guidelines, unveiled last year, mirror the DAA's longstanding AdChoices privacy guidance -- which relies on icons to inform consumers about advertisers' use of tracking data.

The political disclaimer program calls for icons that carry the phrase “Political Ad,” and that link to sites disclosing the identity of the advertisers, their contact information and other disclaimers.

The DAA previously issued detailed specifications about the icon, addressing matters such as the size of the icon, its placement and surrounding text. Among other recommendations, the DAA says the icon's default position should be the top right-hand corner.

In the past, the FEC didn't require full disclaimers within the body of ads that were physically small -- including some ads on Facebook and Google. But the agency is revisiting the question in light of revelations that Russia interfered in the last presidential election.

Sens. Amy Klobuchar (D-Minn.) and Lindsey Graham (R-S.C.) recently reintroduced the Honest Ads Act, which would subject large web platforms to some of the same rules for political apolitical ads as TV broadcasters.

The proposed bill would require digital platforms with at least 50 million monthly users to maintain publicly available copies of political ads purchased by groups spending more than a total of $500. 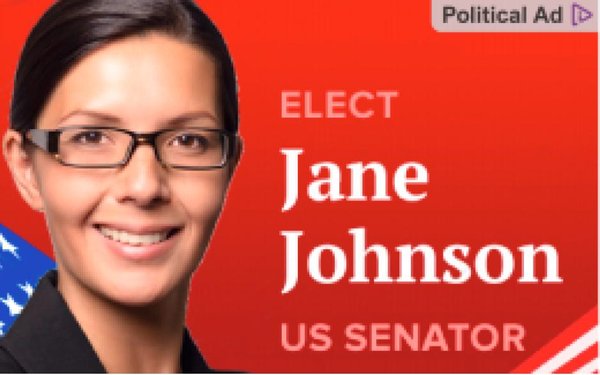