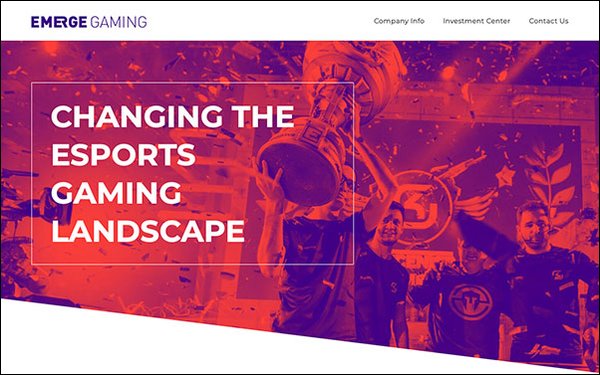 NickX will be operated and maintained by Emerge Gaming, accessible through the Nickelodeon website, Android and iOS platforms.

The company says monetization will come through premium subscriptions, in-app subscriptions and advertising across the platform.

“The financial impact of this agreement is not determinable at this time, revenues are not guaranteed and will be subject to the success of the platform,” the company states.

Industry estimates are TV advertising for esports programming -- competitive teams playing against each other in video game tournaments -- is expected to grow by 25% this year to $178 million this year and to more than $214 million in 2020, per eMarketer.

In 2019, 30.3 million people in the United States watch an esports events at least once a month, according to eMarketer -- an 18% increase over the year before.

Globally, an estimate from Newszoo says total video gaming revenues -- from advertising, sponsorship, media rights and events -- will generate 2019 revenues of $1.1 billion, up 26.7% year on year -- growing to $1.8 billion in 2020.