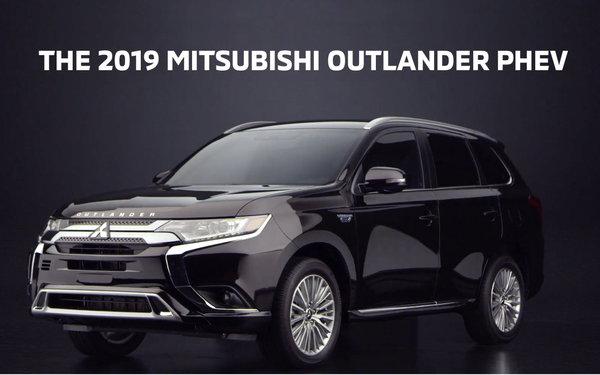 Mitsubishi Motors North America is debuting a new advertising strategy that embraces its niche in the marketplace.

The automaker doesn’t delude itself into thinking it's large. The creative is themed “Small Batch,” but not small as in diminutive. Instead, it celebrates “carefully crafted products, thoughtfully curated collections and an unwavering, independent mindset,” according to Kimberley Gardiner, who joined the company in January as vice president and CMO.

The first manifestation of the strategy was with the crossover family marketing effort, which debuted on social in late April and focused heavily on digital distribution before moving into video and broadcast.  The automaker has hired Team Velocity of Herndon, Va., to help translate MMNA’s new marketing vision to dealer-level communications.

Gardiner is attending the 2019 Cannes Lions Festival of Creativity, where she is sharing her philosophy, and what it means for brands, agencies and marketers alike.  She spoke at “The Value of Agency Creativity” panel, presented by Forrester Research, on Tuesday. There, with  media partner Teads, she debuted a custom version of "Small Batch" creative.

“Mitsubishi has enjoyed significant and sustained growth in the U.S. over the last six years, and from new vehicles to new dealers, there are a lot of exciting changes coming,” Gardiner states. “But we have to admit to ourselves that, in this market, we’re a niche player in an industry that is expected to be relatively flat in the near future, so if we want to maintain our momentum and grow, we’re going to have to change the way we think and act as a brand.”

“The best D2C brands have found ways to differentiate themselves from their more traditional competitors while making the discovery, shopping, purchase and ownership experience easy and fun,” Gardiner states. “We need to find our own way to do the same. And we need to own who we are.”

The “Small Batch” vision celebrates the company's spirit as a challenger brand.

“We’re looking outside of the automotive industry, rather than just within it, to find new ways of thinking and engaging,” said Gardiner. “We’re seeking technology and partnerships that are new to the category, enabling us to transform our business.”

The new work features black vehicles in front of a black background for a distinctly premium look. Bold, bright white copy superimposed across the image succinctly conveys key brand and product messages and maximizes engagement, particularly when viewed without sound as most digital messages are today.

Additional “Small Batch” creative will debut throughout the summer.