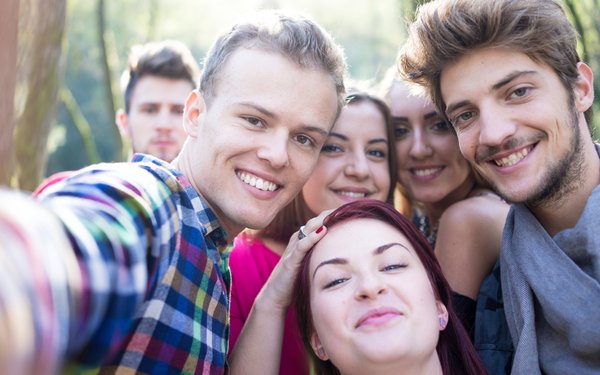 Along with being true mobile natives, members of Generation Z have some distinctive attributes that marketers very much need to take into account.

Notably, just 53% of Gen Z-ers say that there are brands they are loyal to, compared to 61% of all other adults, according to new survey results from Morning Consult.

In evaluating brands, Gen Z has much in common with other cohorts, citing value, price and quality as key factors,

But their ambitions and values seem to reflect the fame-obsessed culture of the past several decades. Gen Z-ers value “making money” and having a successful career above all other life goals, including romance, family and having close friends, found the survey.

But while nearly one-quarter (23%) say that being “famous” is important to them, only 53% agree that people who work hard and play by the rules generally get ahead (8 points lower than all adults).

Born between the mid-1990s and the mid-2000s, these young people are also politically disengaged and highly skeptical of powerful institutions and the people who run them.

In what would appear to be potentially troubling indicators for governing the country in the years ahead, just 44% say that they have strong political opinions (20 points lower than all older adults); 78% say that there's a lot of corruption in America; and just 8% say that they have a lot of trust in people in power to “do the right thing.”

They are also less likely to say that being an American is important to their identity, and more skeptical that the U.S. sets a good example for the rest of the world.

As for media habits, roughly half of Gen Z (49%) gets most of news from social media, compared to 17% for all other adults.

Conversely, just 12% of Gen Z says that they get most of their news on television, compared to 42% of all other adults.

Gen Z adults are also more likely to use digital-first news publications, such as BuzzFeed, Daily Mail, Vox and New York, on a weekly basis, relative to older Americans.

Interestingly, however, when it comes to shopping, physical stores are the most popular option for the youngest Gen Z consumers (48%), and particularly women (55%).