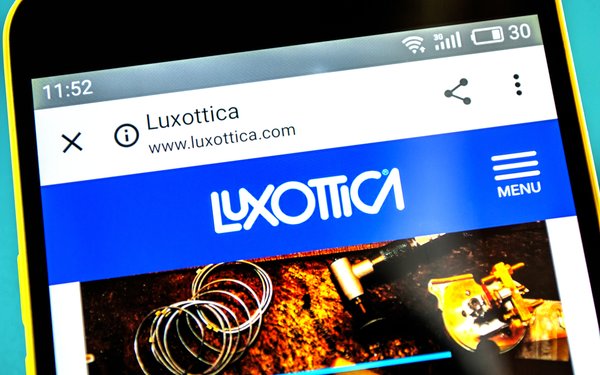 The company has also agreed to cooperate with lawyers for consumers who are suing other contact lens sellers that allegedly agreed to restrict search advertising.

The monetary details of the settlement were disclosed in papers filed Thursday with U.S. District Court Judge Tena Campbell in the Central District of Utah.

“While plaintiffs believe they would ultimately prevail at trial, the Luxottica settlement creates a certainty of recovery,” attorneys for the consumers write in a motion seeking preliminary approval of the settlement. “No matter how strongly plaintiffs feel about the merits of their case, there is a risk that a jury might accept one or more of Luxottica’s arguments and award nothing at all or award less than the $5.9 million that, if approved, would be available under the settlement.”

Luxottica and 13 other contact lens retailers allegedly entered into the agreements in response to legal threats by 1-800 Contacts -- which also faces a class-action antitrust lawsuit by consumers, and was found by the Federal Trade Commission to have violated antitrust laws.

Between 2004 and 2013, 1-800 Contacts either sued or threatened to sue at least 15 competitors for allegedly infringing trademark by purchasing the keyword "1-800Contacts" as a trigger for pay-per-click search ads, according to the FTC. (Only Lens.com fought the lawsuit, which ended in a ruling largely in Lens.com's favor.)

The FTC ruled 4-1 last year that those agreements were illegal. Chairman Joe Simons said in a written opinion that the agreements may have deprived consumers of the ability to compare brands.

1-800 Contacts is now appealing that ruling to the 2nd Circuit. The contact retailer contends its trademark settlements with rivals were valid, and that it shouldn't be subject to an antitrust prosecution for either bringing or settling trademark claims.

The class-action suit centers on the same conduct examined by the FTC, but the consumers also sued other retailers, including National Vision, Vision Direct and Walgreens. National Vision settled the allegations for $7 million in 2017.

Federal courts haven't yet resolved questions surrounding the use of trademarks in search advertising.

Google and Yahoo have prevailed in several lawsuits alleging that they wrongly allowed a trademarked term to trigger pay-per-click ads, as have several advertisers. But judges have allowed other lawsuits over the question to proceed.