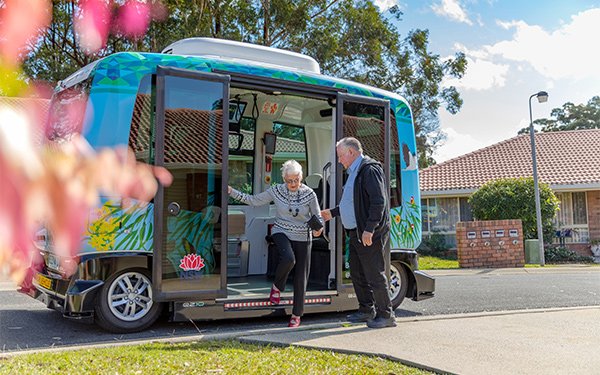 Ridesharing service Via has launched a public autonomous vehicle service in Australia.

Billing it as the “first public autonomous vehicle service in the world,” Via partnered with local bus operator Busways, Transport for NSW and technology provider Easy Mile. The Via BusBot vehicle is now serving a retirement community.

Consumers can use the BusBot app to hail the autonomous vehicle from their phone. The systems’ algorithms enable multiple riders to share the driverless vehicle, directing passengers to a nearby virtual bus stop for pick up and drop off.

“If autonomous vehicles are to reach their full potential for providing low-cost, efficient rides, they need to be shared by multiple passengers,” states Daniel Ramot, co-founder and CEO of Via. “Via’s systems are able to power, in real time, the movement of millions of connected autonomous shuttles and their passengers, and we’re working with BusBot to launch this groundbreaking service.”