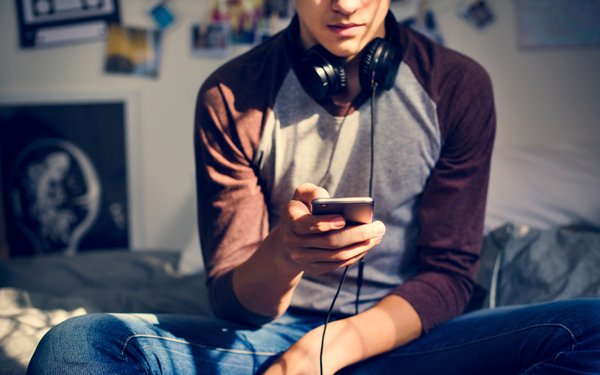 Having come of age in a world in which virtual “likes” determine personal worth, more than half of Gen Z and millennials admit to daydreaming about life without social media.

That’s according to the latest report from Fullscreen, which is based on the responses of 1,500 13-38-year-olds, along with its panel of 3,000 Gen Zs and millennials.

Among other issues, young people are coming to realize their mental wellness and sense of identity is too closely tied to their social media activity. Case in point: 83% acknowledge their mood is impacted by the number of likes, comments, shares they receive on the social content they post.

Moreover, 54% now believe being constantly connected to their devices worsens their mental well-being, while 51% say they often think about what life would be like without social media.

In fact, 32% of respondents agreed with the statement: “If I took a break from social media, I would feel lost or like a part of me was missing,” while 45% agreed: “I’m not sure who I would be in real life if I didn’t have social media.”

Rather than abandon social media, a growing number of young people are using the medium to express their authentic selves.

“The still overly-curated #unfiltered posts are becoming a thing of the past, replaced with actual genuineness as users are eager to portray a glimpse of their real lives,” according to Maureen Polo, GM of the Brand Studio at Fullscreen. “Brands must be willing to ditch the heavily stylized content and bring the realness that audiences now crave,” Polo says.

Hardly immune to the superficial culture in which they were raised, 41% Gen Zs and millennials still admit that feeling physically attractive is a prerequisite to happiness.

Yet, beginning to push back against conventional standards of beauty, 41% agree with the statement: “I wish there weren’t any photo-editing apps,” while 43% agree that marketing from beauty brands makes them feel worse about themselves.

Separately, many younger consumers also seem to be turning on dating apps. Indeed, the majority of 18-34-year-olds say they are now going old school to meet a significant other, with 76% interested in going to an event meant for singles to meet other singles.

What’s more, 61% would rather be single and leave it up to fate, than be single and swiping. Some 48% agree “online dating is not good for people’s self-esteem,” while 34% say “I feel lonely after using dating apps.”
demographics, gen z, millennials, social media
Next story loading