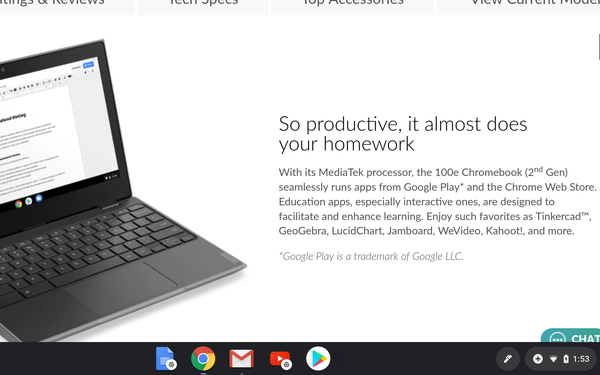 But a new survey from computer and smartphone maker Lenovo shows that pretty much all around the world, technology trumps parental intervention when it comes to helping kids with homework.

Lenovo surveyed 15,000 people around the globe and learned that 75% of parents say their kids are now more likely to look up information online than ask them for help.

Those kids may have caught a glimpse of their parents’ desperate attempts to be useful: 60% of the world’s moms and dads included in this survey admit they have secretly looked up information online and passed on that knowledge as something they knew all along.

“Parenting in a digitally saturated world can pose additional challenges for modern families, as educational technology might feel quite foreign to their own experiences of learning and socializing,” said Jocelyn Brewer, psychologist and founder of Digital Nutrition, whose comments were included in a report of the survey’s findings.

In Germany, just 54% of the survey takers say their kids are more likely to turn to a computer rather than a parent for help.  Lenovo points out that may be because that country has been wary about tech in general.

Lenovo is a major manufacturer of Chromebook laptops, which are often used in schools. The Android Central website says over 30 million students use a Chromebook. Lenovo has models that cost $300 or less, but schools typically pay less because they buy the units in bulk.

While 73% of the parents respondents say they believe that technology is allowing their children to become better independent thinkers and problem solvers, parents in the U.S. aren’t so sure:  Nearly 40% of the moms and dads here are skeptical about  technology’s saving graces, contrasted with respondents in India, where 91% are positive about  technology’s educational effect on their kids.

“As with everything, it is important to strike the right balance on and offline, but technology can be a uniting force for families” said Dilip Bhatia, Lenovo’s vice president of user and customer experience. But he added that around the world  “tech is a universal leveler, allowing more children access to a plethora of information sources rather than being reliant on the expertise of adults in their immediate proximity.”

All in all, 83% of respondents say they think technology is helping schoolkids perform better. And 84% of parents confess that the new technologies encourage them to stay in the workplace longer, to satisfy their own interests.