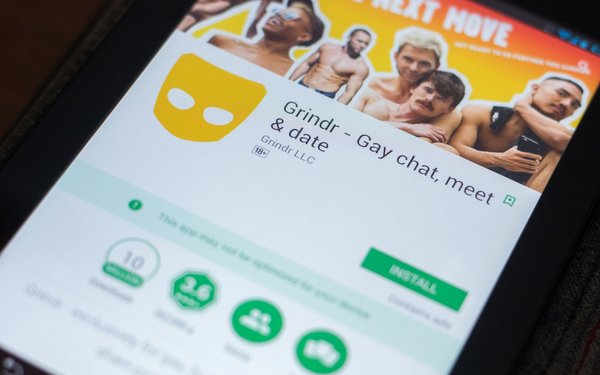 A New York man who says he was was stalked and harassed after being impersonated on the dating site Grindr is asking the Supreme Court to decide whether he can proceed with a lawsuit against the company.

“Grindr was on repeated notice of the dangers, but took no steps to mitigate the harms with readily available software or industry standard safety measures,” lawyers for Matthew Herrick say in a petition filed this week with the Supreme Court.

Herrick is asking the Supreme Court to review a decision issued earlier this year by the 2nd Circuit Court of Appeals in New York, which ruled that Grindr is immune from liability for activity by users.

The dispute dates to October of 2016, when a former boyfriend of New York resident Matthew Herrick allegedly began impersonating him on the dating site Grindr.

The ex-boyfriend allegedly posted Herrick's photo and a fake profile of him. Over the next five months, more than 1,100 men appeared at his home or workplace, according to Herrick. He also says he went to the police on 14 occasions, and asked Grindr for help around 50 times.

Herrick subsequently sued Grindr, arguing that the company is responsible for the harassment he suffered.

Herrick then appealed to the 2nd Circuit, arguing that Grindr should be responsible based on its app's design, which he says facilitated the harassment.

The appellate court rejected Herrick's argument and ruled that Grindr was immune from liability for failing to police users' content. The judges said in the opinion that Herrick's claim regarding the app's design boiled down to a complaint about how the company handled content created by users.

This week, Herrick asked the Supreme Court to review the case. His lawyers argue that Section 230 “Was never intended to provide blanket immunity for internet companies.”

They also argue that changes to the internet since 1996, when Section 230 was passed, justify re-examining the scope of Section 230 immunity.

“The days where internet activity was limited to the passive publication or retrieval of information from internet bulletin boards are long gone,” they write. “This Court should ... reign in the harm caused to our society by the judicially legislated grant of near absolute immunity for internet companies.”

Grindr isn't the only company that has successfully defended itself from lawsuits based on Section 230.

Most recently, last week the 2nd Circuit Court of Appeals ruled that Facebook, Twitter and Google's YouTube couldn't be sued by victims of terrorist attacks. In that matter, the appellate judges rejected the victims' argument that the web companies enabled terrorists to organize and recruit new members.