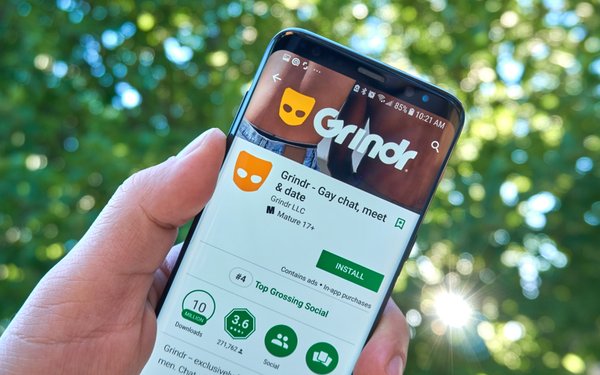 A federal appellate court has sided with dating app Grindr, ruling that the company isn't responsible for activity by its users.

The high profile dispute dates to October of 2016, when a former boyfriend of New York resident Matthew Herrick began impersonating him on Grindr. The ex-boyfriend allegedly posted Herrick's photo and a fake profile of him. Over the next five months, more than 1,100 men appeared at his home or workplace, according to his lawsuit.

“All these individuals were selected and directed to Mr. Herrick by the Grindr app and its geolocation sorting functions,” Herrick alleged in court papers claiming that Grindr was negligent, and that its app is dangerous. “The stalking was facilitated by the Grindr App's lack of easily implemented safety features to screen and block abusive and dangerous users.”

He said he went to the police on 14 occasions, and asked Grindr for help around 50 times. “Each time Grindr ignored him,” his court papers read.

Herrick then appealed to the 2nd Circuit Court of Appeals, where he argued that Grindr should be responsible based on its app's design, which he says facilitated the harassment.

This week, the 2nd Circuit rejected that argument. The appellate judges ruled that Grindr was immune from liability for failing to police users' content, and that Herrick's claim regarding the app's design boiled down to a complaint about how the company handled content created by users.

The battle drew the attention of numerous outside observers. The Electronic Privacy Information Center weighed in on Herrick's side, arguing that online platforms should be obligated to prevent harassment.

“In the physical world, potential liability and injunctive actions require businesses and individuals to prevent abusive behavior,” EPIC wrote in a friend-of-the-court brief. “There is no justification for treating online platforms differently.”

But the civil rights groups Electronic Frontier Foundation and Center for Democracy and Technology argued that online platforms might not be able to exist at all if they had to police users' posts.

“Placing liability on Grindr in this case would not only conflict with the plain text and purpose of Section 230, but it would also severely undercut the essential role online platforms play in fostering our modern political and social discourse,” the organizations wrote in their friend-of-the-court brief.

Online intermediaries “would limit who can use their service, screen all content created by those users, and cautiously censor and remove more speech than ever before,” the groups wrote. “And smaller platforms that cannot afford to take these steps to avoid liability would simply cease to exist.”