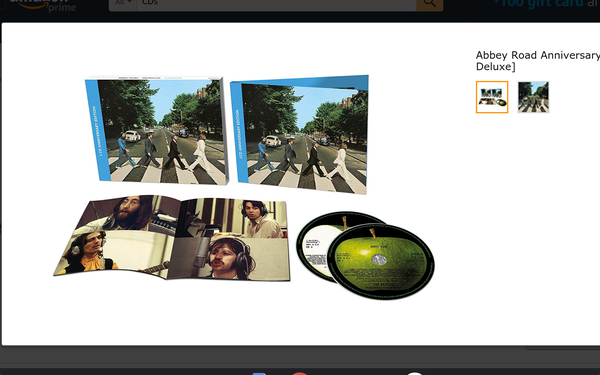 The Recording Industry Association of America says counterfeit sales of CDs are running rampant online, including expensive box sets that are fakes, and “best-of” compilations that were not put out by the artist’s label.

The RIAA says in a letter to the U.S. Department of Commerce that in a recent test sample purchase program, “100% of new high quality box sets offered for sale through eBay or AliExpress in the U.S. were counterfeit.”  (AliExpress is the Chinese-owned online retail service based in China that is owned by the Alibaba Group.)

Amazon’s offshoot business, Fulfillment by Amazon (FBA), was worse.  “Alarmingly, 25% of the purchased CDs that were ‘Fulfilled by Amazon’ were counterfeit,” the letter alleges.

Sales of CDs have fallen from a high of 943 million units in 2000 to just 58 million units in 2018, according to RIAA. Still, sales of “physical” versions of recordings accounted for $1.1 billion in revenue for music labels in 2018, out of a total of $9.8 billion -- or roughly one of every 10 revenue dollars.

Some fans really want that physical CD rather than a digital version. The RIAA suggests that targeting box sets “is of particular concern as box sets are premium physical music products designed for the superfan that often contain the most significant sound recordings in an artist’s repertoire.”

Phony copies rob a good chunk of sales, and, the RIAA says, a poor-quality phony CD can permanently diminish the reputation of a music label.

Simple safeguards could help. The RIAA says online retailers could check to see if third-party sellers are even authorized by a label, or if it has a physical address, or even more simply, determine if a recording artist ever produced a box set compilation or “best of” recording like the one being sold. Scanners can also detect phony record company logos.

Apparently, none of the online retailers have responded to the RIAA’s counterfeit complaint, But the RIAA notes that when it pointed out similar counterfeiting problems to Amazon in the past, the huge online retailer made changes.

But it says, “Unfortunately, Amazon changed practices again and, as noted above, the counterfeit rate for test purchases in our most recent survey has climbed significantly."