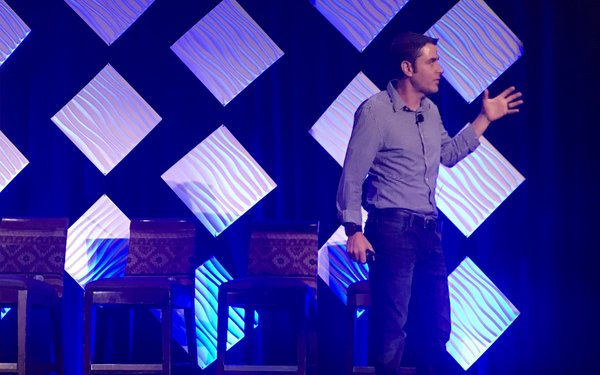 HP saw a rise in the number of brands bringing programmatic buying in house. By 2019, guessed Morgan Chemij, Sr. Director, CRM & Acquisition Marketing, HP.com, it's probably 40%+. Among them: Uber, EA, P&G, Clorox, and Jaguar. Target and Unilever are rumored to be doing so.

Because HP wants its media to work hard, it looked at reasons why, besides cost, it should bring programmatic buying in-house and found several reasons: Objectivity (us-centric thinking); Integration (tighter coordination and accountability); Agility (responsive to our priorities); Transparency (full visibility into our supply chain); Data deployment (better cultivation and governance of data); Performance (deeper integrations into our ROI engine).

"In PC business, we have very thin margins," said Chemij, "so anything we can do to improve our ROI is critical."

Four years ago, HP started the journey by owning its own data. "Getting through legal and procurement took a full year." Then it took on email, "and pulled that one off; now we're pulling in most of the digital media activation: DSPs, paid social, and paid search."

Then there is a trade-off in head count. The next piece was mapping it out. As HP scaled down its agency resources, it scaled up its in-hour resources, spending more that first year as it paid both.

Today, Chemij said, HP still needs agencies, but it is focusing them more on traditional media execution. Agencies do a lot more research and keep HP up to speed on media strategy. It's a new model but leveraging agencies just a little bit less.

The new internal team is comprised of 100 people. In four months, the brand has scaled up search/social, programmatic, ad operations, reporting/analytics, and finance/operations.

Chemij said that among the biggest benefits for HP has been data deployment (the ability to strike second-party deals; open internal CRM not available ever to our agency partners); transparency (better financial insights and slowly reduced costs; and agility (the ability to get to market and react to an ever-changing environment faster).