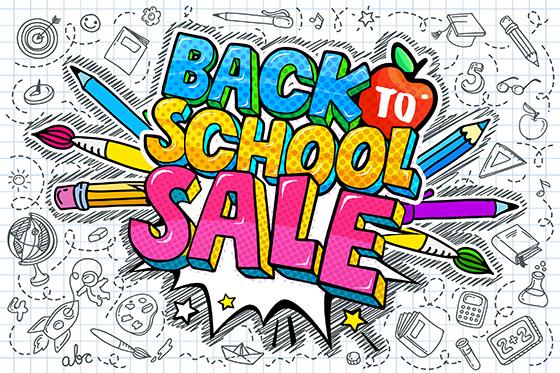 The school year is about to start — and Labor Day will be the main shopping weekend as families scramble to get ready, judging by Back To School 2019 Preview, an analysis of 2018 trends by Criteo.

In fact, Criteo is informally referring to the holiday as “The New Black Friday.”

For example, you can expect to see a 24% increase in apparel sales that weekend, compared to the average totals in July. And consumer electronics should rise by 28%. In addition, furniture — i.e., desks, lamps and bedding — should see a 33% spike.

Some students are already in the classroom, driving back-to-school sales even earlier in the season.

For example, some students returned to class as early as July 20, and others later that month, with still more returning in August. Some of those periods dovetailed nicely with Amazon Prime Day. Everyone is back to school by mid-September.

The import for brands relying on email is clear: Don’t wait to start reaching out to customers.

Millennials, who have now moved beyond their school years and may now be parents themselves, have been replaced by Gen Z. Those consumers will be doing their own shopping, 32% of it on mobile devices. However, they still favor in-store experiences, Criteo reports.

Predictably, sales of shorts and swimsuits go down as the summer progresses, with purchases picking up in these categories:

Last year, consumer electronics sales see higher increases mid-week. They rose every week in August, with a 23% peak on August 8.

Sporting goods had their biggest jump of 39% on August 9, and their second-highest increase of 36% on Labor Day, September 3.