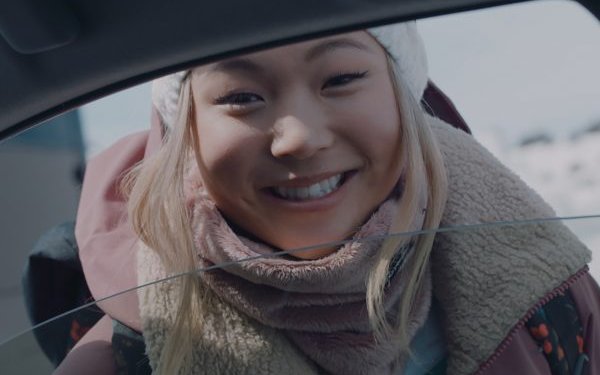 The “It’s Unbelievable” campaign invites consumers to go more places in more weather conditions with the 2020 Prius. A digital partnership with The Weather Channel and AccuWeather allows targeted video spots to be delivered to consumersl based on current weather conditions at their location. The campaign features nine unique digital spots, each in 15-second and 6-second versions, to provide viewers with relevant messages.

The 30-second linear TV spots highlight the versatility and new AWD-e system of the Prius.

In “To The Top,” Team Toyota athlete Chloe Kim relies on a generous Prius driver to get her to the summit just in time for the competition.

Kim's other commercials include an anti-bullying PSA, a Toyota Rav4 TV spot and Visa’s Olympics-themed commercials. At the 2018 Winter Olympic, Kim was the youngest woman (17) to ever win an Olympic snowboarding gold medal.

In “Recital,” the audience is reminded that a father won’t let anything, including an oversized runaway doughnut impeding traffic on the freeway, stop him from getting his daughter to her music recital.

The spots were directed by Noam Murro, who has also directed spots for Subaru and Dodge.

Social, digital video and in-cinema spots by Toyota’s Hispanic marketing partner, Conill Advertising, include “Snow,” “Parking” and “Highway” as the agency aims to demonstrate the key advanced technology features of the vehicle.

For East Asian and Asian Indian markets, Intertrend createddigital videos “Family Tree” and “Ingredient,” which infused relevant cultural insights to demonstrate the range and all-wheel drive capability of the Prius.