It's A Jungle Down There: Costa Rica's Latest Tourism Campaign 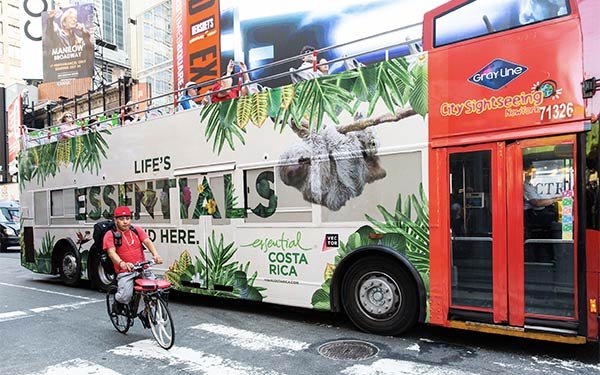 The Costa Rica Tourism Institute (ICT) is introducing a campaign in the U.S. and Canada -- which, combined, serves as the Central American nation’s largest source of visitors.

The "Only the Essentials" campaign, developed with MMGY Global, features a custom-designed alphabet, with five descriptive words — balance, thrill, recharge, alive and connect — as the central focus.

The plants, flowers and animals used to build the font draw from Costa Rica’s flora, fauna and wildlife.

The key words are based on research finding the ICT’s challenge is to persuade travelers they need to visit Costa Rica now, more than ever. "Americans are among the busiest people in the world, and as a result, they have lost touch with some of the simpler, most essential things that bind human beings and bring contentment," the research found.

The campaign’s messaging is "very relevant" for today’s consumers because it addresses a social need to reconnect with nature and one another, and to take notice of the important things around us, explains María Amalia Revelo, minister of tourism, Costa Rica.

“The campaign elements give the sensation of being in nature and take consumers from urban jungles to the actual jungles of Costa Rica,” says Revelo.

The media strategy includes ads across public transportation in four key markets — New York, Chicago, Dallas and Toronto — as well as television spots, display banners, and print and native content, which will run through Dec. 31 and possibly longer.