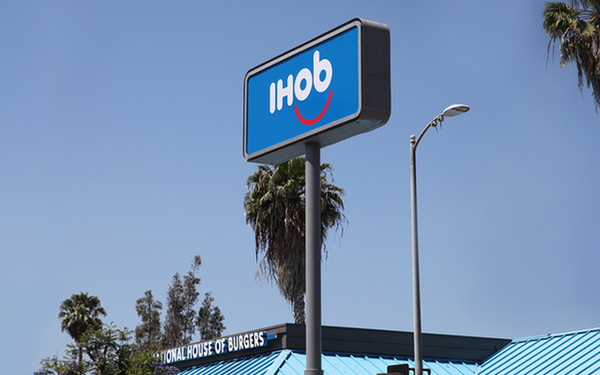 For 60 years, IHOP — the International House of Pancakes — has held a special place in people’s hearts as a great spot for breakfast and, of course, pancakes. While beloved, the brand was mostly relegated to mornings and special occasions. To fuel fresh growth, IHOP decided to think beyond the pancake, revamping its offerings of America’s favorite food: burgers.

Launching a line of burgers for a brand known for pancakes was going to be anything but easy. We’d need to get America excited about a burger launch by a pancake house in a country already saturated with places to get a good burger, while also ensuring talking about burgers didn’t dilute IHOP’s identity: a brand with a commitment to pancakes enshrined in its name.

To get America to pay attention to our launch, and to prove that IHOP was bringing its A-game to its new burgers, we needed to fundamentally, dramatically challenge people’s most entrenched beliefs about IHOP. We needed to prove to America that we take our burgers as seriously as our pancakes.

To prove our commitment to burgers, we “officially” changed our name to IHOb: International House of Burgers. In a world where critics are quick to sniff out a publicity stunt, a brand claiming a name change has to go all in. This required flipping critical touch points at just the right time in a three-phased approach.

We ignited intrigue by spotlighting the logo flip with an ecosystem of assets which sparked a guessing game across America. We posted a cryptic video across social media featuring nothing but the IHOP-to-IHOb logo flip, date of announcement and a call to action to engage in the conversation with #IHOb. We flipped our official Twitter handle from @IHOP to @IHOb. And we leaked a photo of an IHOP restaurant sign being changed to IHOb.

On the morning of June 11, America awoke to a reveal they’d been waiting for, creating an even bigger moment than the tease. We revealed the “b” stood for “burgers” via a live announcement in an on-air segment during “Fox & Friends,” and to prove we were serious about these new burgers, we flipped everything: our social media channels, our website, our SEO, our Wikipedia — even IHOP employees’ LinkedIn bios.

Over the next several weeks, we converted the mayhem into sales by capitalizing on the activity to hammer home our message, conquest competitors and pull consumers through the funnel.

In the first 10 days, IHOb accumulated over 1.2 million tweets and 27,000 earned-media stories on every major news outlet.

Celebrities and brands got involved too. In total, over 42.5 billion impressions and $113 million earned-media value were accumulated, achieving 11x ROI. Burger sales quadrupled without eroding breakfast, and the campaign resulted in IHOP’s first consecutive quarters of net positive sales since Q1/Q2 2016. And at the height of the campaign, the stock price of IHOP’s parent brand shot up 17% ($65.32 to $76.82).