Americans Believe Institutions Of 'Power' Act Unethically Much Of The Time

Contrary to proclamations about "fake news," more Americans believe the government, tech industry leaders and even religious leaders act unethically most or some of the time more than journalists do. That's the latest finding from Pew Research Center's ongoing tracking of Americans' sentiment about a variety of civics matters.

The study did not ask Americans about the ethics of the executive or judicial branches of government, but members of Congress ranked as the least ethical players with a (net most/some of the time) response of 81%, followed by tech leaders (77%) and religious leaders (61%).

The study also finds that most Americans feel these institutions of power often act unethically, because there are no "serious consequences" for their actions and that they rarely take responsibility for them. 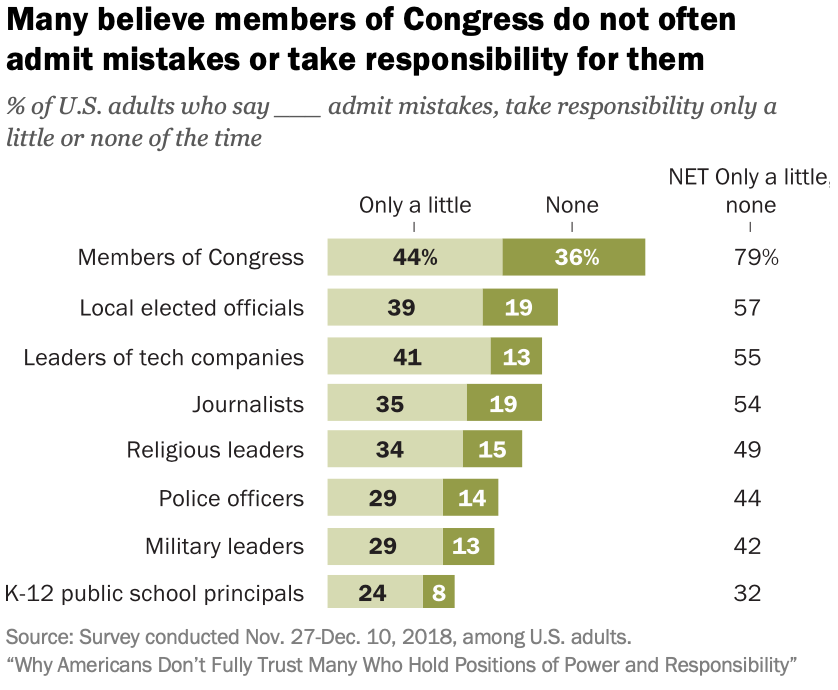