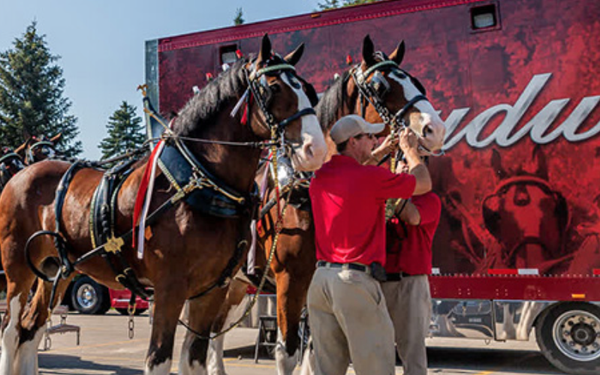 The brand is also launching season two of its Horse Nutrition podcast, with new shows coming twice-monthly through November.

The Budweiser Clydesdales have been touring the country since 1933. Viewers get a glimpse of a day in the life of the seven handlers traveling between 30,000 miles and 40,000 miles each year with the horses: the early mornings and hours of preparation before the horses see their fans.

Future episodes will showcase therapy and patrol horses, and celebrities from shows like HBO’s “Westworld” and the movie “John Wick: Chapter 3.”

Purina sees this series as an open invitation for people with extraordinary equines to share their stories, so the company is continuing to seek content for future episodes.

The series introduces the world to the expertise of Purina’s seven Ph.D.-level equine nutritionists. Along with the nutritionists, a 10-member team of experts manages 76 horses at the Purina Animal Nutrition Center in Gray Summit, Missouri.

“This campaign has given us a platform to showcase horses with unique roles and to share stories of how every horse is extraordinary in their own right,” Kocer says in a release.

There’s a great deal of diversity in what it really means to be a workhorse, says Steve Sage, Martin Agency vice president and creative director.

“That’s why we wanted to open people up to a world transcending jumping and barrel racing. These amazing animals do so much more,” Sage says in a release. “What I hope people take away, as they venture through the documentary and podcast episodes, is an appreciation for the nutritionists and their detailed efforts behind dialing in to what’s right for every horse.”