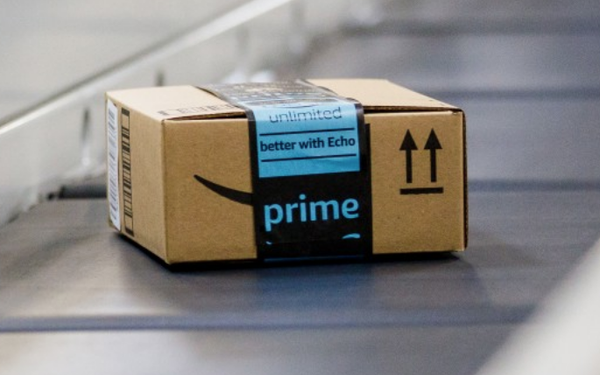 “Not as well as two years ago. Why do you ask?”

“Ever hear of Chewy, Instacart, Kroger, Target or Walmart?”

Alexa goes quiet at this point, preoccupied as she is with taking over the voice-activated universe with everything from $180 eyeglasses to $130 rings.

So let’s look at some numbers.

Historically, food and beverages have been among the hardest items to sell online, but consumables now represent $1 of every $3 spent -- delivering dollar sales increases of 46% in each of the last two years.

Amazon is still by far the biggest tree in the CPG ecommerce forest when all product categories are considered. But a closer look shows competitors have been nipping away in “highly focused sub-categories,” according to data from Jumpshot’s U.S. digital consumer panel.

Since January 2017, Amazon’s share of digital transactions in household essentials declined by about two percentage points, with a decrease of five points in personal care. In categories like snack bars and dog food, its share is down by as much as 20 percentage points, according to Jumpshot.

Digital native Chewy was founded in 2011 to sell food and other pet products before being acquired by PetSmart for $3.35 billion in 2017. At that point, Amazon was selling twice as much dog food as Chewy, but throughout 2019 Chewy has maintained a narrow lead, Jumpshot’s data show.

But for many CPG brands, engaging with Amazon can be a foregone conclusion. “Amazon has become necessary for brands to not only compete, but also to maintain control of their brand image,” says Drew Kraemer, CEO & co-founder of Marketplace Strategy, which specializes in marketing and advertising on Amazon. “Its ecosystem allows for CPGs to create and capture demand, and [also] use it as a distribution channel and review system.”

Amazon’s limitless shelf space, and the fact that more than 50% of product searches start on the platform, can make it difficult for CPG brands to pass it up, according to Vanessa Watts, executive vice president of media at the Laughlin Constable advertising agency. “So while we do see a lot of D2C brands circumventing Amazon and going direct, and a massive brand like Nike refusing to work with Amazon, your average -- let's say laundry detergent company -- can't do that. They have to play nicely in the sandbox with Amazon, even if they don't want to."

Beverage brand Cott recently decided to test selling water on Amazon, even though Cott operates water.com. Reasons to go that route included a higher price point due to the lack of a bottle deposit on Amazon and access to incremental consumers, CEO Tom Harrington explained at a recent investor conference.

Conversely, razor startup Harry’s has been around since 2013 but has completely steered clear of selling on Amazon. In a recent interview with Recode, Co-Founder Jeff Raider didn’t cite a specific reason why, but gave no indication that stance would change anytime soon.

“For those clients who ask us for strategic consultation on the matter, we have no pre-set answer, and always evaluate on a case-by-case basis,” says Jae Goodman, CEO of Observatory, an agency joint venture between Creative Artists Agency and Stagwell Media. “Our advice is that whether you choose Amazon as your partner or not, have your eyes wide open to what that choice could mean for your business.”