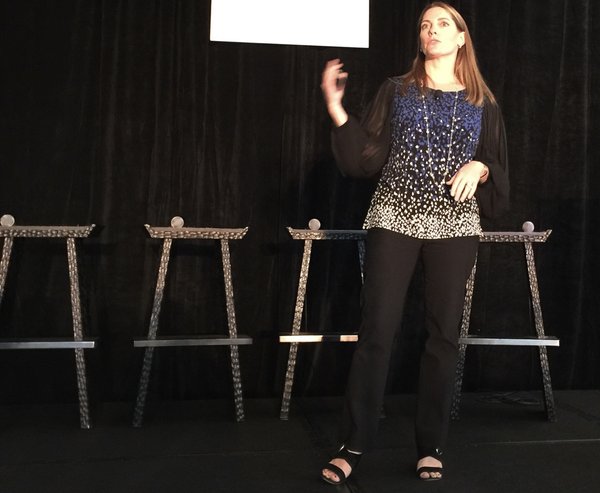 "Don't be afraid to explore foreign territories, and be ready to learn," says Kathryn Friedrich, EVP, GM of operations at Condé Nast Entertainment. "Come up with something that inspires people to spend more time with you."

And has Condé Nast ever done so! In a keynote speech at Friday's Publishing Insider Summit in Austin, she told the audience how the brand is modernizing through video. It now has 17 global brands, makes over 4,000 videos a year, and a billion viewers per month. "We're trying to create brand, not magazines anymore," she says.

GQ is a great example of what she means. It published a story about a junior college football team going for a third-division title. "Nobody hears about the trials and tribulations of these kids," she says. "This is their last chance to make it big." It was a story that needed to be told in long form so Condé Nast approached Netflix and that led to the documentary "Last Chance U."

Another way it is modernizing GQ is by launched a Best Stuff box that saw a 270% rise in subscriptions. Furthermore, Condé Nast launched a social-first series on unboxing, "how to style everything that's in the box." And, once the NBA imposed a dress code for players entering the stadiums, Condé Nast launched GQ Sports to cover the "runway for fashion," the space between the car and the entrance, where athletes' fashions are on display.

The brand is deepening its exploration into DTC and how to make it tangible, Friedrich says. Along the lines of GQ's Best Stuff box, Condé Nast packaged the products that Allure showcases in its Best of Beauty series and now sells them in every state with 100,000 subscriptions. "It's a natural extension for Allure," she says.

Finally, she offered this advice:

Understand where your audience is underserved.