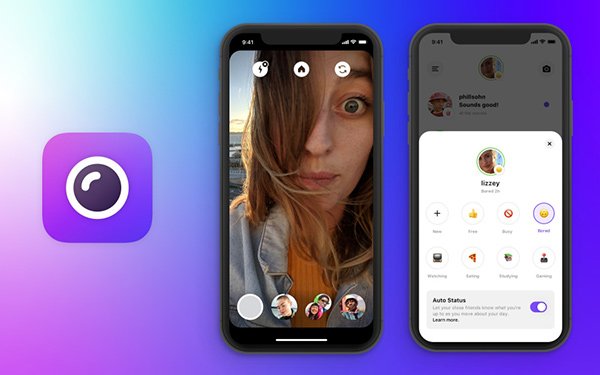 Rather than a typical text-based messenger, Threads is designed to be a “camera-first messaging app,” according to Robby Stein, director of product at Instagram.

The idea is to help users “communicate what you’re doing and how you’re feeling through photos and videos,” Stein stated.

Along with its visual bend, the stand-alone app was also designed with privacy, speed and users’ closest connections in mind. Through Threads, users can share photos, videos, messages and Stories with their Instagram “close friends” list.

“Now, you can use Threads to message those people on your Instagram close-friends list — and you’ll have a dedicated inbox and notifications just for them,” according to Stein.

With Threads, users can also share their current “status” with friends and family. Along with accompanying emojis, some statuses include “Studying,” “On the move” and “Procrastinating.”

For its more intimate services to succeed, Facebook will have to convince users it can keep their messages safe and secure. Unfortunately for the company, it doesn’t have a great track record when it comes to keeping users’ information secure.

Earlier this month, for example, the phone numbers of more than 400 million Facebook users were found floating online.

Additionally, a federal judge recently refused to dismiss a lawsuit alleging that Facebook violated users’ privacy by sharing their information with outside developers, including Cambridge Analytica.

As such, analysts say Facebook will have a tough time pushing into private, encrypted communication apps.

Among other challenges, “Facebook's ‘privacy-focused vision" comes with a backdrop of looming privacy regulation and antitrust complaints,” Jessica Liu, a senior analyst at Forrester, wrote in a note to investors earlier this year.