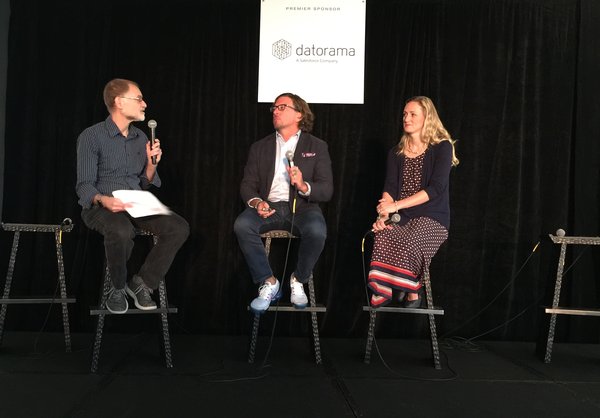 Belo and McClatchy have been building out their agency services for clients, but one chose to build it themselves and the other relied more on acquisition. Leaders of both efforts compare and contrast their strategies around internal organization, go-to-market offers, and lessons learned. But most important, how have each used these models to move their companies into new and non-traditional revenue opportunities?

Two well-established media companies that have been building out their agency services for clients discussed their different paths to the same goal at Friday's Publishing Summit in Austin.

Eric Myers, President at Belo Media Group, said the entity that has been assembled at Belo is, for now, being called Belo & Co. until a potentially better name comes along. Until two months ago, it was comprised of seven brands, "all very different human beings under a lose shell."

Belo started buying small agencies when it saw that the future of journalism would not be selling ads nor supported solely by subscriptions. "We wanted to get more into the strategic world," he said, "and use our intellectual property."

Over at McClatchy, meanwhile, there's an agency called Excelerate Digital/McClatchy. Its GM, head of the agency, Andrea Rowan, said McClatchy launched it three years ago with three employees. Today, it employs 250.

"We have a good seat at the table with partners Google and Facebook," she said. "We had to slow down the churn and become integrated into an agency with one collective feel. We hired a strategic consultant at the beginning to make sure fulfillment and success reporting was all tied in."

Belo also hired someone, an executive coach, to help them find the talent they needed. There are 200 employees today. A big question is, said Myers, is "what is Culture? It's not video games on our floor to make it look like an agency, not handing out balloons. What is the Culture that will make us sustainable in an evergreen model? It's a specific kind of unicorn that can play in this space."

Neither agency is going after any Fortune 500 companies. "Our right to win is around content," Myers said, "areas where we are strategically aligned. We have100 sellers. Most agencies would die to have five sellers. We're active, we're not just a passive RFP shop."

Excelerate's right to win is similar, Rowan said. It's looking at "companies which have outgrown the middle segment and which want better metrics and tracking."