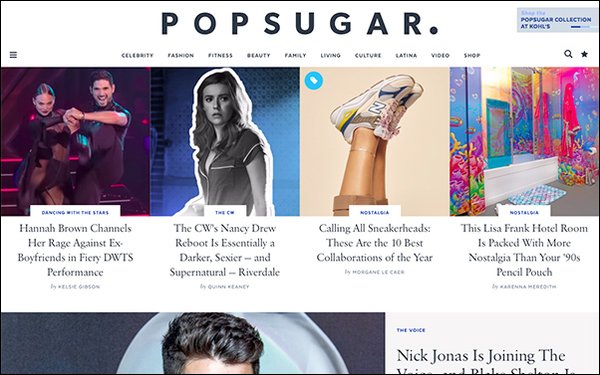 Through its acquisition of PopSugar, Group Nine claims it will reach 50% of the overall U.S. population and 70% of U.S. millennials through its fan base of 200 million followers and unduplicated reach of 150 million.

Terms of the deal were not disclosed by Group Nine, but The Wall Street Journal reports it is an all-stock deal that values PopSugar at more than $300 million. The deal will give shareholders more than 30% ownership on Group Nine Media, while Group Nine’s shareholders will retain the rest.

Group Nine was valued at more than $600 million in the deal, The WSJ reports. The combined company is said to be worth around $1 billion.

Ben Lerer, CEO of Group Nine, notes the addition of PopSugar“hugely expands our reach within an important demographic, bringing us… a company with the proven ability to diversify its revenue across premium advertising, affiliate, direct-to-consumer commerce, licensing, and experiential channels.”

Marketing partners at Group Nine can take advantage of PopSugar’s Sparkle and Must Have It. Sparkle allows retailers to build mobile commerce experience for customers, while Must Have It allows advertisers to send potential customers offers via text message.

“Over the past few years, we’ve gotten PopSugar to profitability and found a way to build a well-diversified business that has outlasted many of our competitors in a rapidly evolving space,” said Brian Sugar, Founder-CEO. He said the alliance will “allow us to build a scalable business model that sets the standard for the next-generation media company."

Group Nine and PopSugar will also merge their experiential businesses, which include Hotel Thrillist, The Dodo’s Best Dog Day Ever and PopSugar’s wellness festival Play/Ground.

Last month, Group Nine Media announced it had raised $50 million in a new round of funding from lead investor Discovery Inc. and strategic partner Axle Springer SE. Discover Inc. was also responsible for the initial $100 million investment in Group Nine in 2016. In 2017, Discovery, Axel Springer SE and Lerer Hippeau invested $40 million in the company.

The merger is the third high-profile deal to be announced in the digital media world over the past couple of weeks. Late last month, Vox Media announced it will acquire New York Media in an all-stock deal. Last week, Vice Media and Refinery29 revealed they will merge, with the acquisition set to close by the end of the year.