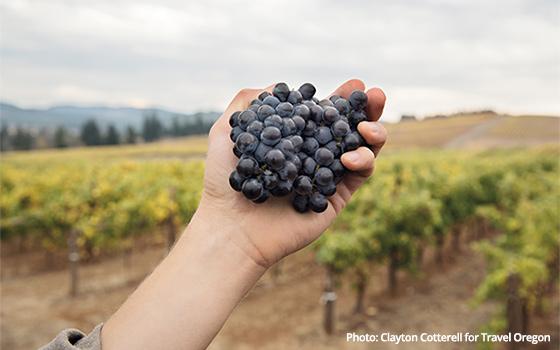 Travel Oregon (TO) is claiming to be the first tourism agency in the country to experiment with distributing content through voice search with its new “Hey Alexa! Play the Oregon Wine Quiz!"

Designed with Sparkloft Media, the interactive wine quiz first asks users about general and more connoisseur-focused questions involving Oregon winemaking before "unlocking" one of four podcasts. This content ranges from interviews to storytelling from some of Oregon's more prominent wine industry professionals.

While development of the app was a relatively quick process, creating the content and testing took about six months. "The challenge in creating this content was that it was not only a technical challenge but also a 'story' challenge," says Linea Gagliano, director of communications at TO. "We wanted to educate relatively new folks about Oregon’s wine country regions along with imparting some real knowledge to those who already know us well."

Gagliano offers some advice for others interested in the Amazon voice space. "It is important to remember Amazon needs to approve all apps, which can make the final rollout timeline difficult to estimate," cautions Gagliano. Also, "be sure to account for lots of testing because you will have to rewrite and re-record scripts to make sure it sounds natural with Alexa’s AI voice."

It’s also critical to make sure that content developers are creating content that  adds value to the end user. "We were fortunate work with experts on the ground — the Oregon Wine Board and Travel Southern Oregon — for knowledge base, and wineries as sources for the podcast content and quotes," says Gagliano.

Both TO and Sparkloft Media are "closely following" Amazon's ongoing rollout of new voice-enabled products, such as glasses and rings. "It seems as if their goal is to have voice devices everywhere," says Gagliano. Although she concedes there are "privacy concerns," the ubiquity will drive adoption. "We will no longer search on our phones —we'll just ask Alexa.