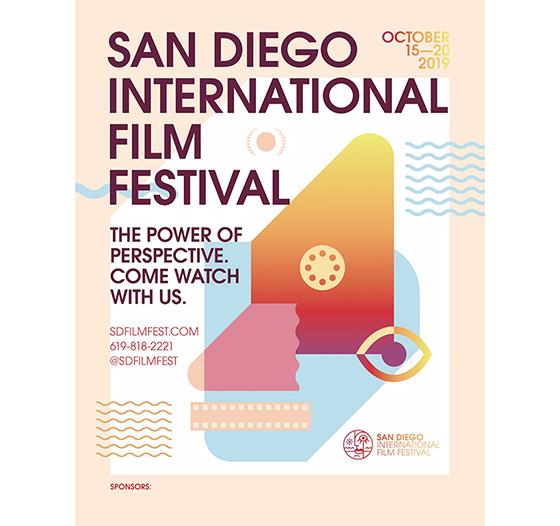 “Many of us in advertising first fell in love with creative media through film,” explains Dave Mering, Founder/CEO, Mering. He adds that this collaboration was designed to give back to both his city and a hometown organization.

The agency-led brand strategy, positioning and creative for the campaign suggests how perspectives can change the world with a tagline: “The Power of Perspective. Come Watch with Us.”

The work includes print and direct creative as well as interactive and out-of-home assets.

The new logo design is designed to bring together "arts and culture" with illustrations of iconic characteristics of San Diego influenced by artist Pablo Picasso and the Cubism movement.

This overhaul serves as a sharp contrast to previous years, when the festival was focused on more of a celebrity/glamour angle in its messaging. The older tagline was "Be A Part Of The Scene."

"The ability that film provides to look at important topics through someone else’s eyes and then encourage community conversation --this has always been the filter through which we operate," says Tonya Mantooth, CEO and Artistic Director, San Diego International Film Festival. "Making that passion more prominent in our messaging has infused excitement for this year's event," which takes place Oct.15-20.