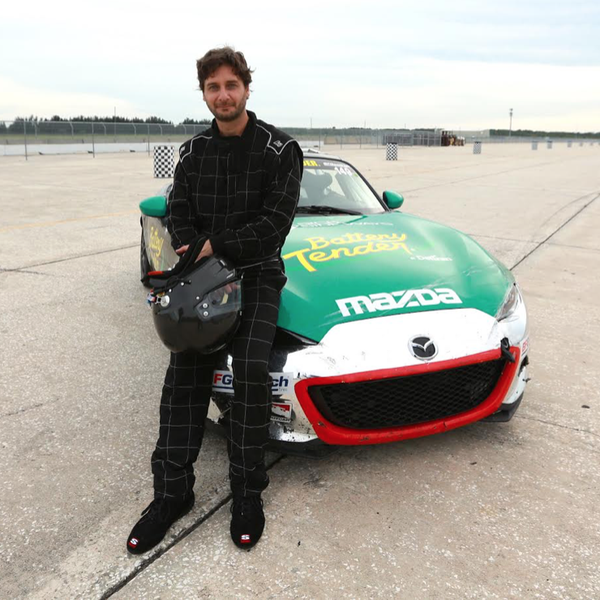 Mazda has enlisted Univision to create a branded content series about the world of Mazda motorsports.

Three digital videos feature Jaime Gabaldoni, Univision’s senior editor, autos. “Camino a la Meta” ("The Journey to Accomplish a Goal"), explores the world of Mazda motorsports and follows Gabaldoni on his journey to compete in the final race of the Battery Tender Global Mazda MX-5 Cup.

This is the first time a Hispanic automotive journalist has successfully ventured into becoming a real-life race car driver and shared the journey with his audience, according to Univision.

“Through this series, we aim to build relevance by leaning into the shared values between our brand and target,” Dino Bernacchi, CMO for Mazda North American Operations, tells Marketing Daily. “This is intrinsic to our DNA and intended to connect with our audience and their dedication to living out their own aspirations.”

The effort includes 2- to 5-minute videos featured on YouTube and social amplification of the series through teasers and short-form videos on Univision and Gabaldoni's personal social media accounts.

The first video launched Oct. 4, and new episodes are planned for November and December.

Mazda asked Univision how best to “inspire and energize” its “independent achiever” consumer, he says.

“Based on this charge, we accessed Univision Brand Labs to tap into our exclusive consumer insights and production capabilities,” de la Parra says. “Through this process, we determined the best approach was to lean into racing, which runs in Mazda’s blood, and to bring in our auto expert, Jaime Gabaldoni, who’s long had the goal of becoming a professional driver."

“At its core, it is a story our audience can relate to,”  de la Parra says. “Setting up and achieving goals is an emotional and inspiring journey for Hispanics, and both Mazda and Jaime embody the idea of working hard to achieve your goals."