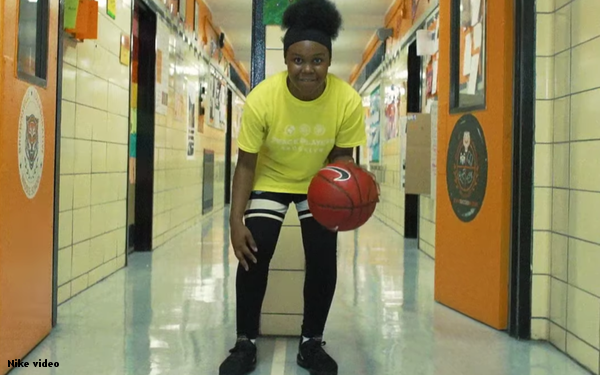 If teens are the bellwether of consumer spending, economists, retailers and brand marketers had better start paying closer attention to this group.

Piper Jaffray’s latest Taking Stock With Teens report is out, revealing that teens say they’ve cut their spending 4%, to the lowest levels since 2011.  This year, more of them -- 32% versus 25% last year -- think the economy is deteriorating.

The Minneapolis-based investment company has been conducting the semiannual research for 19 years. It includes unaided responses from 9,500 teens (average age is 15.8), in 42 states, diving deep into the preferences of Gen Z, which it says contributes about $830 billion to U.S. retail sales each year.

Nike regains its No. 1 spot as the most-mentioned clothing brand, followed by American Eagle and Adidas. Lululemon comes in at seventh place, its strongest standing in the survey’s history.  Nike, Vans and Adidas are the top three footwear brands.

Murphy tells Marketing Daily teens are passionate about social issues, with the environment, immigration and gun control ranking as their top worries. And while the survey doesn’t ask about political ideology, “their responses are way more liberal than the rest of the nation.”

For the first time, the survey asked teens for more details, asking for their top concerns within those categories. Murphy says they gave specific answers that included global warming, ocean health, eliminating plastics and saving the turtles.

More important, 46% of the teens with a specific environmental concern say they have started to change their behavior, “like using less plastic, and [more] metal straws and hydro flasks.”

In part, the sharp decline in cosmetics is due to lack of any strong trend, says Murphy. But it’s also because more teens are swearing off cosmetics. Murphy says the number of girls from higher-income families who say they never wear makeup rose from 12% to 20% in just four surveys. “And you’re also seeing a rotation out of those who wear it everyday, shifting into 'sometimes,’” she says. Natural brands are also getting more attention, with Burt’s Bees making it into the top 10 in skincare for the first time.

Ulta is the preferred cosmetics store, beating Sephora again. And 91% of female teens prefer buying beauty products in-store rather than online, while 89% say they rely on online influencers as a source for new products and trends.

One category that’s struggling is accessories. Michael Kors is still the top brand here, but girls say they spend an average of $90 a year on handbags, a historic low for the survey, In 2006, that figure peaked at $197.

The trend toward more casual dressing continues, with 36% of preferred apparel brands falling into the athletic category, up from 34% last fall. Preppy labels like Sperry, Ralph Lauren and Vineyard Vines continue to fade.

Food still accounts for the biggest share of wallet, at 23%, led by Chick-fil-A and Starbucks, while video games now account for 9%.

Instagram is teens' favorite social media, used by 85%, closely followed by Snapchat, at 81%. YouTube is their No. 1 video channel, while Kevin Hart is the top celebrity.

And there’s good news for Apple. While 83% currently have an iPhone, 86% say they expect that their next mobile device will be an iPhone.