To Get Beyond Winter Boots, Ugg Goes Multigenerational 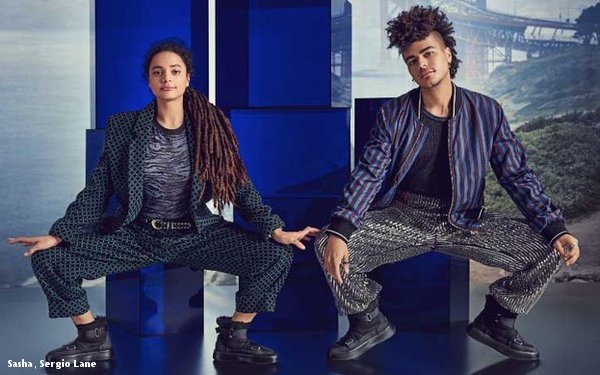 Ugg is rolling out a new fall/winter marketing campaign, and this one is a family affair, pairing multigenerational duos in the brand’s latest footwear.

It’s all part of the company’s broader effort to get consumers to associate the brand with more styles than its signature winter boot.

The global #UGGLIFE effort features model-mother Slick Woods and her son; rock musician and artist Kim Gordon and her daughter, poet, artist and model Coco; as well as actor Luka Sabbat and his dad, creative director Clark. Model Paloma Elsesser and her sister Ama appear in some ads, along with actress Sasha Lane and her brother Sergio, and fashion designers Mike Eckhaus and Zoe Latta.

While Ugg started as a men's surf brand back in the 1970s, its classic sheepskin boot has become a fashion staple, with annual sales topping $1.5 billion. Still, it’s had plenty of ups and downs, and parent Deckers Brands is on a never-ending mission to expand it beyond its weather-related appeal.

In its most recent quarter, Ugg sales climbed 2% to $139 million, with U.S. sales increasing in the high-teens, fueled by both wholesale and D2C growth. But that followed a 7% decline in the previous quarter.

In remarks for investors releasing those results, president and CEO Dave Powers said he was encouraged that the brand fared so well in warm-weather months.

“I'm excited that consumers are finding more to love in the Ugg brands spring and summer offering,” he stated. He noted that the brand has risen 50% in U.S., particularly among people between the ages of 18 and 34. And its loyalty program is paying off, with 40% of domestic ecommerce sales stemming from loyalty customers.

Ugg’s new Fluff collection is also selling well, fueled by sales of its Pride-themed rainbow products, part of a partnership with Born This Way Foundation.