Tide Is High, Continues To Rise In Beverage Aisles 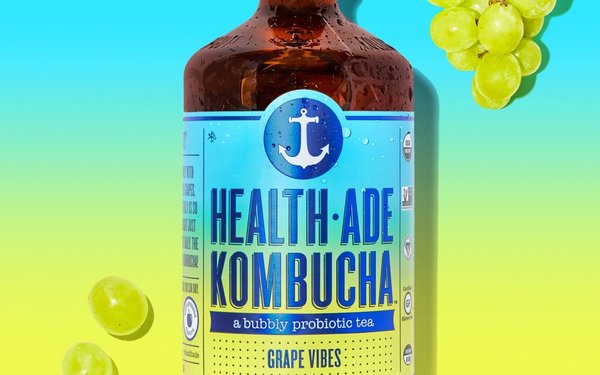 If you’re searching for an analogy to sum up the retail beverage category, consider the 1970s hit from Bachman Turner Overdrive: “You Ain’t Seen Nothing Yet.”

As Beverage Daily reported, Coca-Cola Co. alone showcased 28 new stock-keeping units at the recent National Association of Convenience Stores annual expo. While the NACS gathering was a major showcase of new product launches, hardly a week goes by without a new offering in carbonated soft drinks, CBD-infused anything/everything, coffee, kombucha and tea, among others.

Here’s a recap of some of the newest beverages recently introduced or scheduled to hit the market shortly.

Although there doesn’t seem to have been an official announcement as yet, some NACS attendees reported seeing a new addition to the Dr Pepper line: Dr Pepper & Cream soda, a vanilla-flavored drink expected in early 2020.

CBD-infused: According to a consumer survey released this week by Goldman Small Cap Research, when asked what CBD-infused beverages they would buy, 30% of respondents said tea. CBD-infused beverage provider Puration Inc. heralded the survey results in advance of its upcoming launch of TranquiliTeaCBD. Known for the EVERx CBD sport water brand, Puration also plans to introduce CBD-infused beers and coffees.

Peet’s Coffee used NACS to unveil four new ready-to-drink beverages called Peet’s Blended Coffee with the flavors chocolate truffle, caramel dulce, vanilla crème and coffee & cream, all made with real cream and sugar. They will debut in California in January.

In its partnership with Coca-Cola Co., Dunkin’ has added Caramel Black and Midnight Black to its RTD cold brew coffee line. Coca-Cola says they’re in response to demand “for a smoother, less-acidic coffee with less sugar and fewer calories,” and that cold brew is the fastest-growing shelf-stable RTD coffee.

Tired of dealing with human baristas? If you’re in Houston in November, stop by the new Whole Foods Market and experience what the Briggo company describes as the world's first “gourmet, robotic barista” machine. Shoppers will be able to order ahead via a mobile app or at multiple touchscreen kiosks inside the store and choose coffees, cappuccinos, seasonal latte and other gourmet hot and iced coffee and tea drinks.

Health-Ade wants to broaden the appeal of the bubbly, fermented drink kombucha, so it’s just added Grape Vibes to its 16-flavor line and launched a year-long advertising campaign titled “You Brew You.” While kombucha can sometimes have “a crunchy, yogi, DIY kind of image,” Health Ade co-founder and CEO Daina Trout says “This campaign is very much about personal style, because kombucha is a very personal drink.”

Research provider CB Insights has been tracking new startups looking to take tea to the next level by adding vitamins and minerals, direct-to-consumer distribution or using tea’s natural caffeine to further jostle the energy drink market. CB expects global tea market sales to exceed $73 billion by 2024, up from a projected $46 billion in 2019.

Among the companies CB is following are: Arizona-based Yerbae, which sells sparkling water enhanced with an herbal tea containing caffeine; TeaRIOT, which creates energy drinks made from tea and organic, cold-pressed fruits and vegetables; Cusa Tea, a premium organic brand that comes in packets the company says are ready to drink hot or cold within three seconds; and Tea Drops, which compresses organic tea leaves, raw sugar, herbs and spices into small drops that can be placed into hot water, producing less waste than typical tea bags.